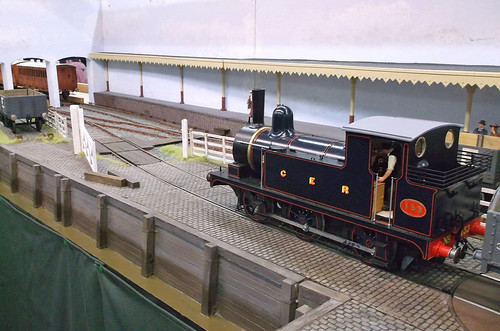 A quick jaunt to Reading a couple of weeks ago brought me to the Association of Larger Scale Railway modellers show. Covering scales from Gauge O upward, it was obviously right up my street.

The first point to make - it's not obvious, but the carpark is pay and display. You have to feed your numberplate into the machine or a parking ticket will be issued by the automatic camera system on exit. Thanks to John Emmerson for pointing this out to me so I could hurriedly nip out and buy 5 hours...

Anyway, the show itself takes place in two halls in a leisure centre. Traditionally, one hall is trade and the other layouts. This year, a couple of layouts had spilled over into the trade hall, but there was still plenty to spend money on. 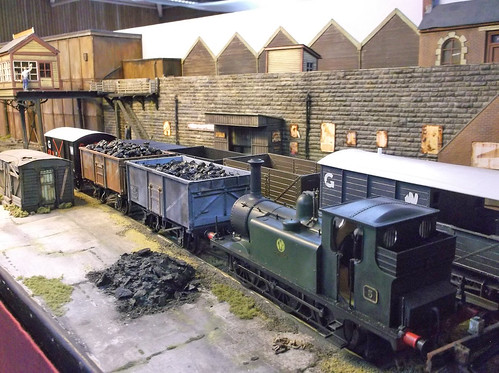 Layout wise there was certainly variety, with a couple of G3 models and several to watch working down to O. You don't see the very large scales at shows that much, I suspect exhibition managers think they are too specialist, but I feel that the "normal" public enjoy them just as much as the smaller scale, possibly more as kids are entranced by massive locomotives because they really feel they are in the scene. 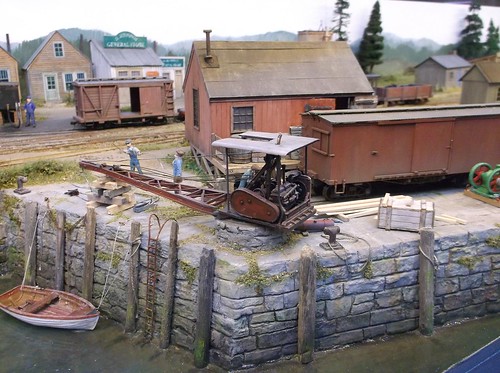 The layout I'd like to build crown goes to the On30 model Clearwater Harbour. Some American narrow gauge will one day hopefully figure in my list of future layouts and I hope it is as good as this one. I love the life the weathering gives the scene. 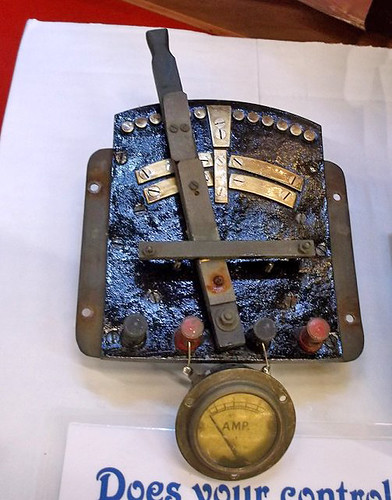 My other favourite has to be this ancient controller displayed by Helmsman Electronics in an effort to persuade modellers that their locomotives would run so much better if they used something from the 21st Century to power them. I quite liked this, but sadly, it's not for sale...