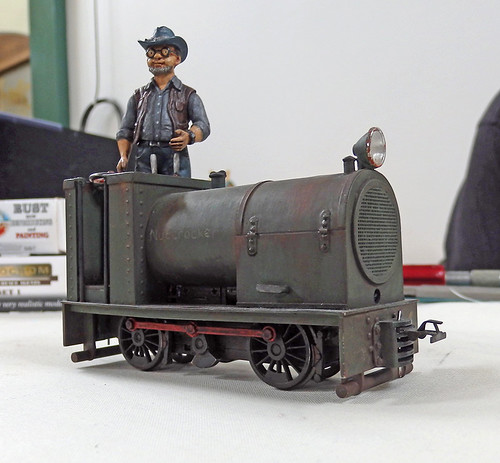 It's a bit odd for someone who spends his life doing toy train stuff to decide that a pleasant way to spend a weekend would be - to visit a model railway exhibition. But I am a bit weird. And the show is a little different from most. Best of all though, it takes place right next to Four Oaks station, so I could have a nice train ride. I had an excellent book on the go so enjoyed a read while the train took the strain. Well, it's better than driving up the M6.

The hall is a recently extended modern(ish) church hall and apart from limited parking seemed pretty good. Walking in, the first layout was Campbells Quarry. 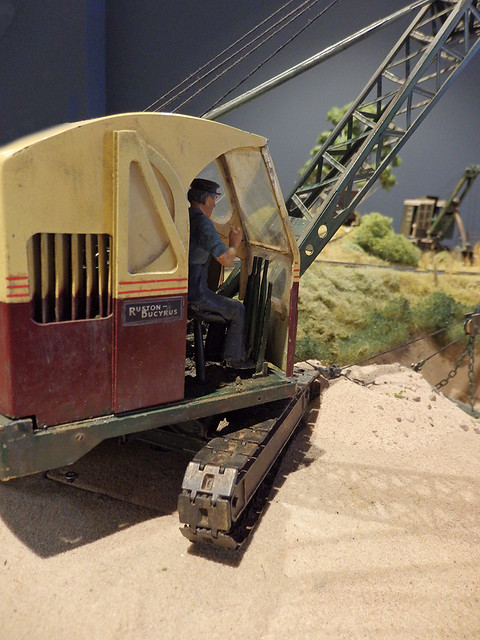 Handy this as I had wanted to have a word with its owner and forgot this was a reasonably local event. He let me have a go at working the dragline later in the day, an interesting experience for the beginner as you have to juggle three switches at once for all the functions. Emptying the bucket before it reaches the hopper is very easy! 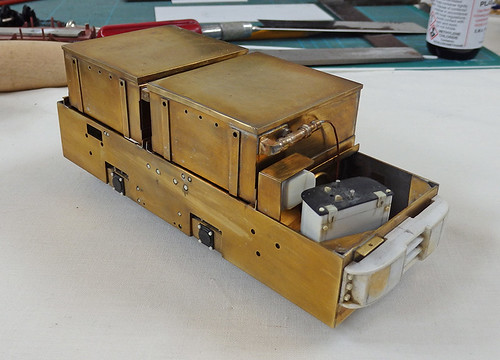 As is my wont, the day was spent chatting as much as it was looking at models. There were some very interesting large scale locos as show at the top of this post, and above. You might think the brass model is of a BEV, but apparently it's a Logan, a loco that resulted in some legal wrangles over copyright. 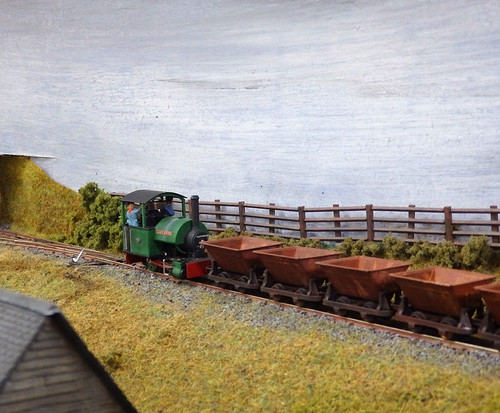 While I always enjoy a model railway show, these oddball events are proving ever more appealing. My dad often says that if we were starting up in the hobby, we'd probably go NG just to allow us to build something different. I think he's right, but that doesn't mean I don't dream of having a go anyway.

"While I always enjoy a model railway show, these oddball events are proving ever more appealing. My dad often says that if we were starting up in the hobby, we'd probably go NG just to allow us to build something different. I think he's right, but that doesn't mean I don't dream of having a go anyway."


I'm beginning to wonder if you might be dropping hints about the theme for next year's RMweb challenge - NG motive power or rolling stock. In other words, models of locos, railcars / multiple units / tramcars, carriages and wagons of prototypes (real or imagined) with a prototype track gauge of about 1.25m (~4' 1") or less.

Of course, if you were to set a challenge like this, there'd be absolutely nothing to stop anyone using chassis, bodyshells etc. from RTR or kit OO, HO or N gauge models in their builds.

In fact, this would probably be a very sensible idea - and I could imagine a number of imaginative conversions of "trainset" locos and stock, into On30 (or similar) models.


Just think of it - you could get your dream of something different (and distinctly narrow), while getting loads of RMweb members to actually do the hard work of designing and building the things.

In the meantime, I suspect that a number of cheap secondhand loco chassis, Hornby "Pacers" and YMRV BR Mk1 corridor third might be facing the chop.

After all, it's not as if I've got loads of designs ready-built and ready to post as "completed" on Day 1 - so, what do you reckon? Is something like this to be the theme for next year's RMweb challenge?

If it is, I suspect you might get plenty of entrants - and plenty more if there were to be a "standard gauge" version the following year.

Sneaking in a crafty dragline practice before Peterborough? We'll have to discuss a handicap system.

It was a good show. And there was some good specialist trade there, Worsley Works took a fair chunk of my modelling budget.
I'm finding that I prefer these small 'narrow gauge member's day' type events to the larger general shows, not only because I'm almost exclusively a 009 modeller these days but also because the emphasis is towards the social aspect of the hobby, its ok for a layout operator to stop running trains and just stand talking to visitors, something that would be frowned upon at a normal show.