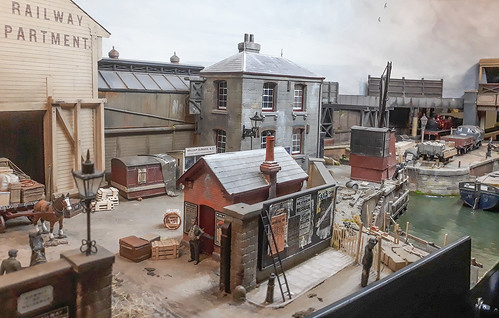 Normally, the decision on which layout I'd like to build is fairly easy, but by hosting the final of the Cameo Layout Competition, the organisers made it pretty difficult.

I'm going to have to plump for the second-placed layout, The Midland in Bristol. While lack of operation cost it the win, I couldn't get enough of the huge amount of detail in the short 7mm scale scene. Look at the dock walls, the crane, all that clutter. I loved it all. 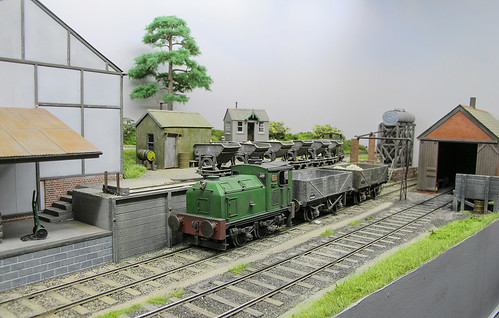 I'd have been just as happy to have built the winner, Newton Heath Works, too. Unloading skips wagons (poked by wire underneath) were clever and I liked the look of the Sentinel shunter. In fact as I have one in 4mm scale, perhaps it would be an idea for a layout... 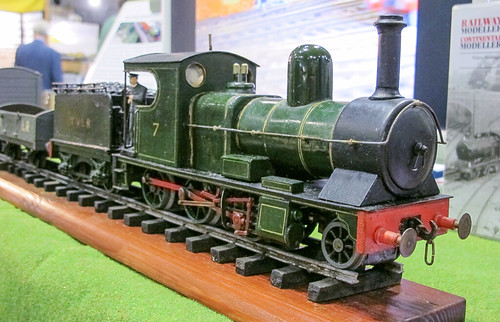 Around the corner was another surprise. Leighton Buzzard was being manned by two of the Rev Peter Denny's offspring. Crispin was there in person, not in automatic form but Stephen had brought from stock from the Trepolpen Valley Light Railway. I remember this from old magazines and it's proper old-skool garden railway. I've had a chat and will be off to take some proper shots of the locos and wagons for a future issue of Garden Rail.

Apart from these, there were loads of other great layouts, but sadly I was having battery issue with my compact, so the photos on Flickr were largely taken with my mobile. Still well worth a look though.