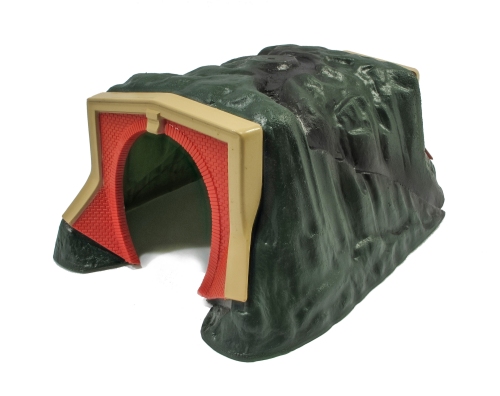 Classic train set. A random lump of hill for your trains to pass through.

Never mind that in real life, removing it would have been easier than making a path through the middle - that's for the finescale Taliban. Millions of young train-set owners have enjoyed watching their models vanish and re-appear.

The tunnel wasn't on my collector's radar until I was told by someone senior in the firm that the mould had worn out and wouldn't be replaced. Worse, the tunnel mouths are a separate mould and it's one that's gone missing. 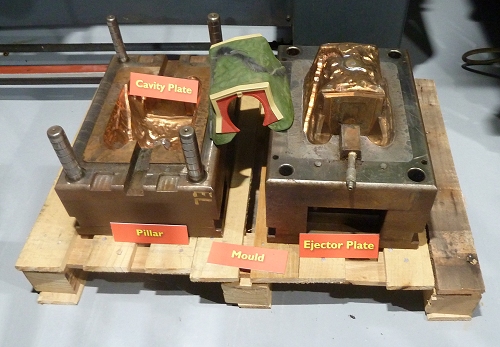 From that point, I knew I needed to find a nice example, which I did in the basement of Hereford Model Centre. Mine has an 80s/90's box but it's basically the same bit of scenery that has been around since the 1960s.

As far as I know, there is no plan to replace the model. I'd guess that it's a low-value item that is bulky and expensive to ship. Fold up cardboard versions appear in the Junior Train Set and I think have been seen in the past elsewhere.

Me, I need one for my giraffes in their cars to bob under! 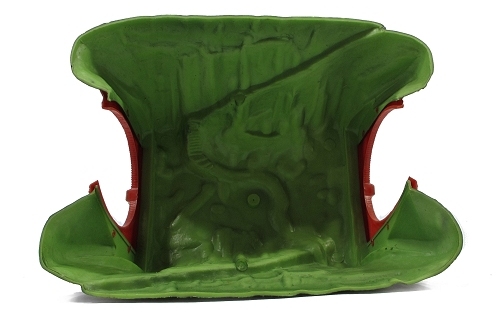 I always liked the 80s and 90s packaging

Phil, I had one of these in the late 1960s, when it was probably Triang/Hornby. (Mine was more olive green and a matt finish?) I think I sold it on in the mid-1970s when I discovered real railway modelling, and realised I could make better tunnels out of corrugated cardboard and ModRoc! Thanks for bringing back childhood memories.