Wot I bought at Warley

Internet law tells us that after you have been to Warley, posting photos of the stuff you have bought on social media is essential. ESPECIALLY ON N GAUGE FORUMS WHERE YOU HAVE TO POST IN CAPITALS AND GET VERY EXCITED!!!! 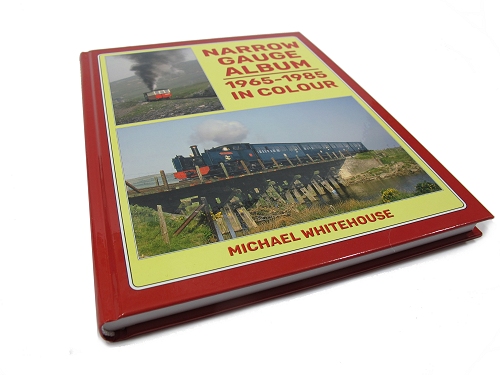 Narrow Gauge Album 1965-1985 - I have the previous volume and it's basically a book full of really, really good quality photos of narrow gauge lines. Easily one of the best picture books out at the moment because the shots aren't all pretty ones.

I bought it, and the earlier one, because there are some cracking Isle of Man pictures inside. This scores an added bonus for the rail blue chuffer on the front. £25 well spent. 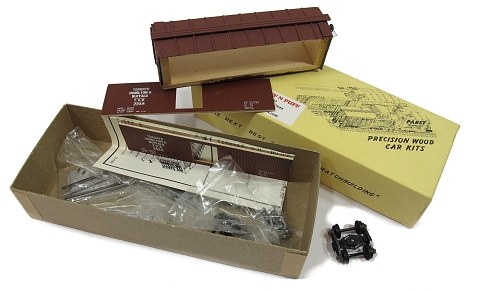 Ye Olde Huff N Puff HO scale boxcar kit. Part started, but I only paid 4 quid for it and I thought it worth that just to have a proper poke around in the box.

The pre-painted sides look interesting and it's made of wood. The manufacturer doesn't appear to exist any more either. One for my "one day" American backwoods layout.

Finally, no surprise to anyone who spotted this story I posted on World of Railways. 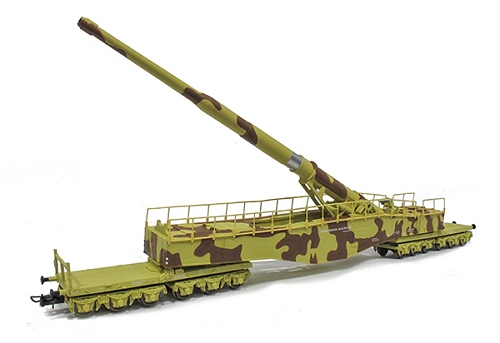 Rivarossi has re-released the old Lima Leopold rail gun and while I'm not into military stuff normally, it has enough novelty value that I'll add it to the collection for £25. There's a plastic kit for one of these bought from Derby show many years ago in the stash, but when I built it, I'll go for a simpler livery!

The biggest surprise if you read the story is that I didn't get a rail crane too, but even for £30, I couldn't think of anything to use it for.

Apart from that and a couple of booklets, my Warley spending was minimal. Not that I wasn't tempted, but I don't need any more toy trains and anyway, there wasn't time for moping around with shopping ideas rumbling in my head.

Oh, and I didn't even buy cake, by Chris took pity on me and tossed an M&S crispy thing my way.
Posted by Phil Parker at 5:30 AM

At one point Lima released it with markings saying "Brelin" instead of "Berlin". What does your one say?