Now for something completely different - a model tractor show! 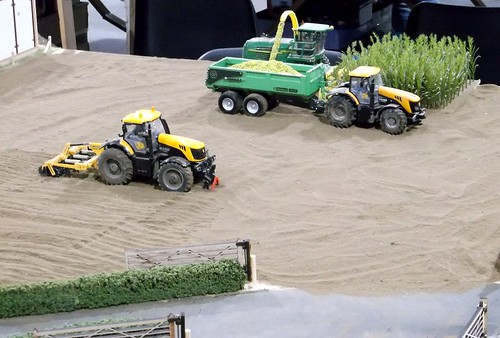 I've seen this show advertised before but always been otherwise occupied. Having a free day this time, took the chance to go along. Heavy rain had turned the car park into a bog but quite a lot of the vehicles were 4 wheel drive with the distinctly agricultural air.

Inside, the first thing I saw was a display of grey Ferguson tractors. To be honest, I hadn't expected real vehicles but they were welcome as the exhibition centre would have looked a bit empty without them. Not being a tractor expert, the variety of implements attached was very interesting and should provide some modelling ideas. 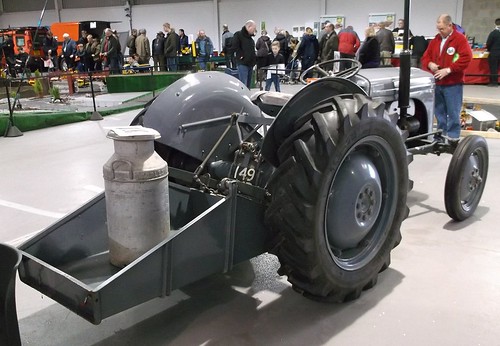 There was plenty of trade. Tractor and plant modelling seems to be largely a diecast collecting hobby and some of the diggers command eye-watering prices. 60 quid will get you a modest, simple model but it's going to be painted in gloss and not nearly as detailed as a working model locomotive would be for a similar price. If you want to go into three figures, it isn't difficult and a fascinating model will be in the box, but it's still static.

Kitbuilding seems to have made little impression although there were accessories to change the implements on your models. 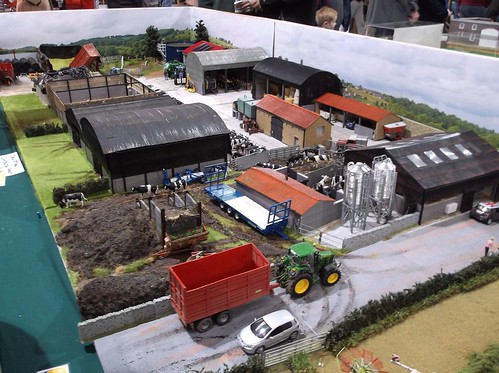 Many of the visitors were obviously collecting and modelling what they know. Even the kids seemed to be dressed as posh young farmers with tweed jackets. Looking at the model farms, for which you can buy kit buildings if required, they were small but contained all the features of a real farm. Not many railway modellers would build a silage clamp for a start. 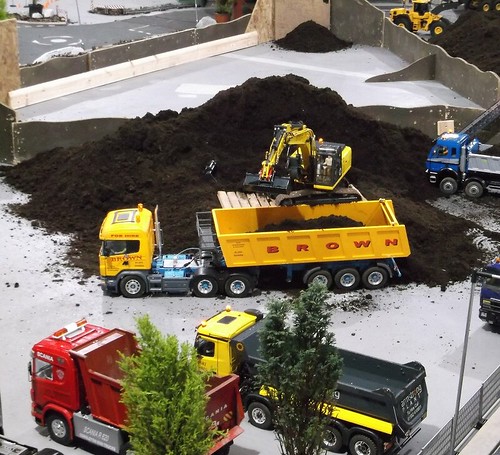 Highlight of the show had to be a the working radio control trucks and diggers area. A roadway was set up complete with Meccano bridges and alongside some earth had been dumped. Model owners then spent the day digging at this, dropping it into trucks and driving these to another area where the load was dumped again. The diggers are amazing bits of kit with many function RC units to allow full operation. Trucks all have lights and sounds so they can operate as the real thing does.

Oddly, none of the kits or bits to allow you to do this were on sale at the show. Not that I was looking to throw hundreds of pounds at a digger but someone must have been judging from the number of models on display.

Anyway, head over to Flickr for my feast of photos.
Posted by Phil Parker at 5:30 AM