Horsepower, a new cab and finished N gauge in BRM 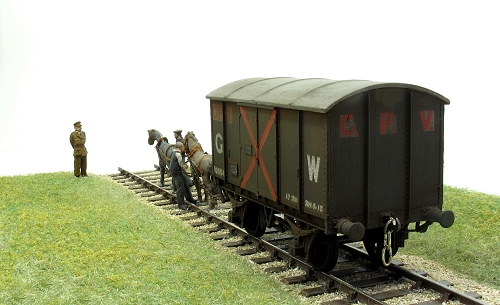 Some projects ideas take a while to develop into the models that will appear on the pages of the magazine you buy. In December's BRM, I've a feature on shunting horses that isn't exactly how we intended it when first planning months ago.

With a big piece on gunpowder traffic written by Ben, the plan was that Pat Hammond would do something on the Triang Exploding wagon and I'd build a diorama showing an Iron Mink full of explosives being unloaded. Pat did his stuff as expected but when I came to research my project, I hit a stumbling block - no-one could turn up any photos of unloading in action.

Presumably early flash guns weren't allowed near gunpowder vans for very sensible reasons. That's great but what do I do for a model?

The solution was to keep the van shut and look at another aspect of the transport. Many of the vans were shunted by horses. You don't want a cinder-spewing steam loco around after all. Even the horses worked without shoes to avoid the risk of sparks from metal on ballast.

So, my unloading diorama became a horse shunting scene. The Mink is pulled by a pair of beasts watched by a suitably military figure. We've some cracking prototype photos too, all of which hopefully adds to the piece. 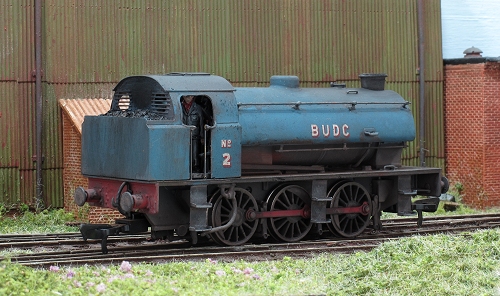 My other appearances are second parts of articles. Last month I did some work on a Midland 1F, trying to keep things simple. This time I've gone to the other extreme and had a serious go at a model.

Keeping with the idea we look at modern models rather than old stuff, the "victim" this time is a DJ Models Austerity.

The main modification is replacing the cab and bunker with a Lambton cab as used on that collieries lines so engines could pass under a coaling stage. While I'm at it, the chimney gets the chop, replaced by a Giesl ejector.

All the parts are from RT Models so are really intended for the Dapol/Hornby J94, but the DJM version runs better and I managed to strongarm a faulty production model out of him, so I thought I'd abuse it properly... 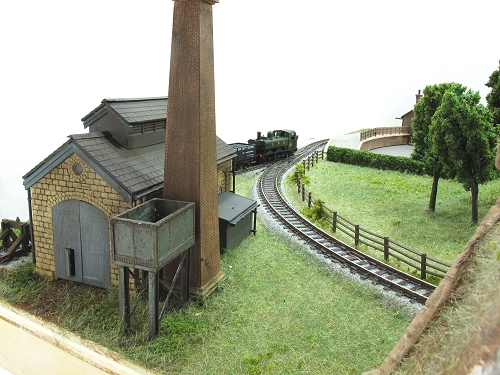 Finally, we have part 2 of the N gauge layout in a box. Time for buildings and detailing.

I'm really pleased with how this model has turned out. I just hope its new owner likes it as much - you can read in the magazine how you could be that person with a free to enter competition.

(No DVD appearance this month. I'm filming new content this week though so you don't escape for long)

I'm a massive fan of RT models. Not only an interesting and useful range of both kits and bits, but also unfailingly excellent service

Take a look at the following http://www.monkton-farleigh.co.uk/sc_cad3_war_107.jpg

re unloading ammunition. Worth a look at the actual structures involved, platform, shelter, narrow gauge track and entrance into the underground store.

Did have a visit when it was open as a museum - very inspiring!