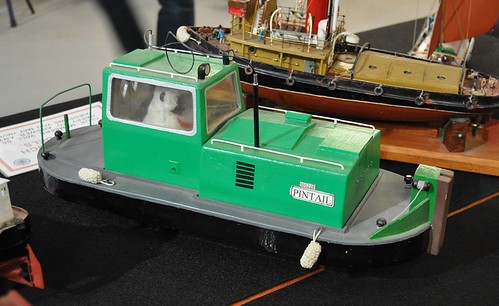 All aboard the model boat show!

What can I say this year? There were lots and lots of model boats, quite a few of which I'd not seen before. The two minute silences on Friday and Sunday were well observed, even if the lack of radio signal meant the presentation over the tanoy was utterly shambolic (use the WiFi and a tablet/phone new year please). Trade was good but all I bought was a hiab crane and some tools.

"The boat I want to build" award goes to a canal tug - Pintail above. Yes, it looks a lot like my Bantam, but I've grown to really like this little boat and fancy doing another, more industrial example.

Mind you, there are at least 2 projects in the queue ahead of it for next year! 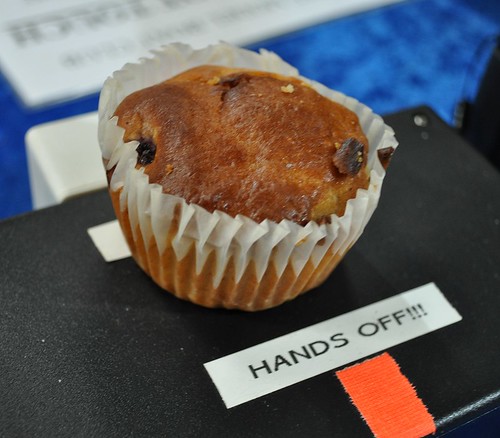 Food was as usual, very good, and the people from the boat club on the other side of the aisle forced cake on me. The youngster who baked this modest blueberry muffin will go on to good things as it was delicious. There was also a mince pie to point us in the festive direction. 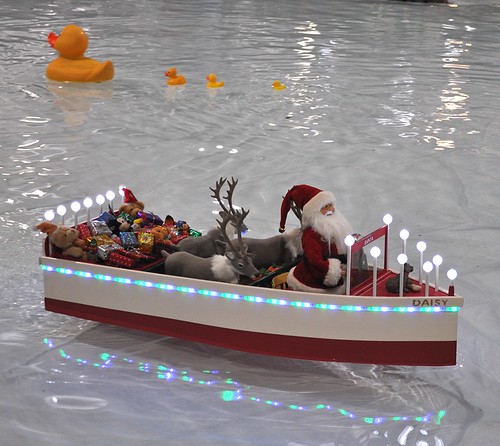 I did make a mistake not taking a transmitter along as by the end of Sunday, the time was creeping along and some sailing on the pool would have relieved the boredom slightly. Something to remember for next year.

Something rather dreadful seems to have happened to Pintail's helmsmen