I was supposed to be visiting the IPMS show in Telford. Sadly, when I got to Birmingham New Street, all services in that direction were cancelled due to a broken down train at Smethwick Rolfe Street. As I watched the board, more services were cancelled and it became obvious that this wasn't going to be fixed quickly. In the bad of days of BR, there would have been a loco to haul dead DMUs out of the way but thanks to the idiot John Major picking the joke option (seriously, it was the one the people who came up with the 4 options didn't think anyone would go for) for privatisation, there would be lawyers doing negotiations before anything got fixed. If it ever did, that would be far too late for me to visit such a large show.

Disappointed, I headed in the direction of home.

On a whim, I checked out another show I'd fancied going to on my phone - the NEC Classic Car show. Racing down from the platform to the ticket office and throwing money across the counter, I just made it on to a heavily overcrowded (thanks again Mr Major) Cross Country service to the NEC. Half an hour of sniffing armpits while stood around a toilet later, I was handing over £24.50 to go in. 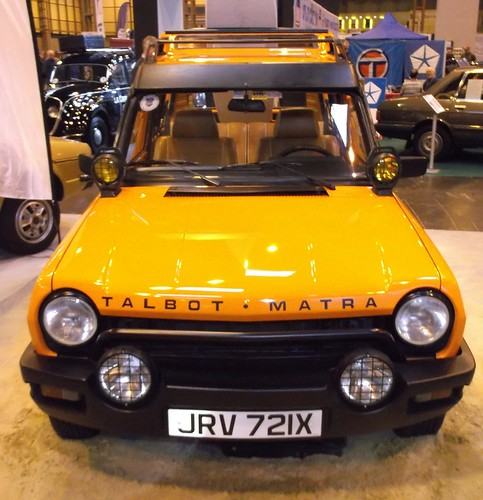 This is a big show. 6 NEC halls. That's a lot of walking. A lot of trade and a lot of old cars.

Obviously there were Ferrari's and Royces (classic car nerds never adds the johnny-come-lately name of Rolls) but as well as these, there were some really rare cars on shows.

The Talbot Rancho for example. I always loved the look of these when they appeared. The first lookalike offroader, it's only 2 wheel drive, as a kid I though the rugged looks were fantastic. Sadly, they rotted like crazy and less than 10 are left on UK roads. The orange (good colour) one show is even a rare example of a rare car as it's a canvas side variant, unique in Britain. 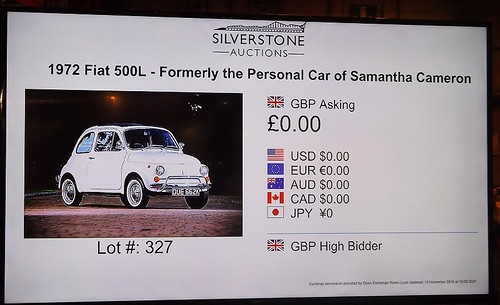 If you wanted some serious shopping, there was an auction, fenced off from the crowds unless you paid a fiver to go in. It's one you see on a car restoration show on the telly and they sell the very best restored classic cars as well as some attached to famous names. The ex-PM's wife adds about five grand to the price of a Fiat 500 in case you are wondering.

More normal car sales were also available. I looked at an E-Type Jag but the Moss gearbox put me off as much as the £68k price tag... 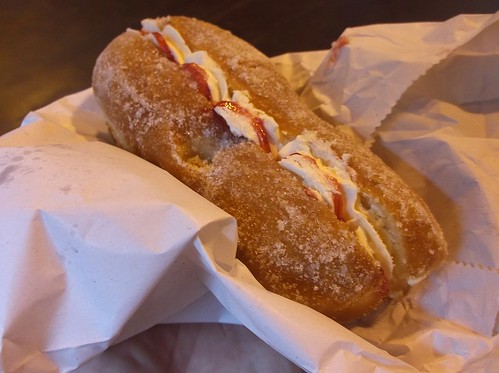 Catering usually gets moaned about but cakes stalls doing 2 for £3.50 will do for me. I'd bought my favourite Subway sandwich (turkey salad since you ask) on the way in but was very tempted to add to it with some sausages or other hot a delicious treats.

Overall, I suspect I saved myself money going here rather than IPMS. Yes, it cost over twice as much to get in, but the train fair was half the price (if I get the reclaim back on the cancelled train, sort it JM)  and apart from food I didn't actually buy anything. Not even really tempted, so maybe this is how you do things in austerity Britain?

Anyway, I've put a load of photos on Flickr. I've gone for the mundane and useful to modellers rather than flash stuff. Mind you, the camera didn't like those orange NEC lights much so I had to ditch quite a few fuzzy ones. Perhaps I saved myself photo editing time as well!
Posted by Phil Parker at 5:30 AM