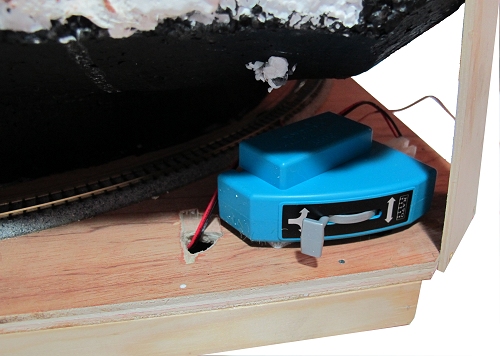 At the time I built it, Kato points were a bit of a mystery. I knew they had built-in motors, but not how these worked. In my naivete, I assumed I could wire in a couple of push buttons an all would be well.

You can't. The switching requires some 12V DC. A sprung DPDT toggle switch would work, but I couldn't find one for sale anywhere. Instead, I was forced to buy the proper kit.

What we have is a switch which feels a bit plasticy but does the job. On the side, attached with a sort of press-stud is a bridge rectifier. You only need one of these for a bank of direction switches.

Everything plugs in to everything else and there's no need for soldering. Thanks to the Gaugemaster controller, the 16V AC wires attach with screw terminals. It all worked first time thank goodness.

Trouble is, that switch is bulky. Too tall to stand in the fiddle yard without removing a bit of hill polystyrene, the plug on the back was closer to the track than I liked.

Working on the basis that the new owner might want to operate from the front, I've neatly tied the wires up underneath and attached the switch with Velcro pads on its side. Removal and relocation will be easy to suit their requirements. 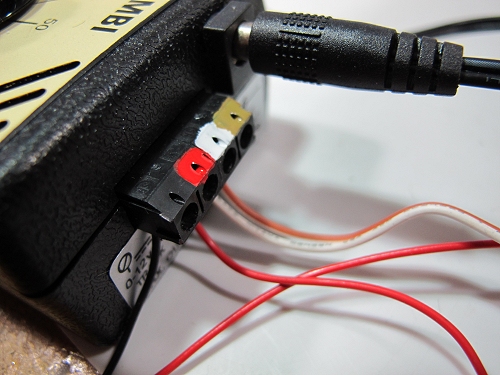 To make wiring up eaiser, I've colour coded the scew terminals to on the controller back. Match the colours on the block with the wires and all will be OK. I'll try to add sticky labels to the wires too at some point.