The GCR's modelling event each year continues to grow in scale. A quick look at the website confirms that all the stations have some displays so visitors wishing to see the lot will need to spend time on the regular full-size train services running through the day. This is, of course, all part of the appeal. 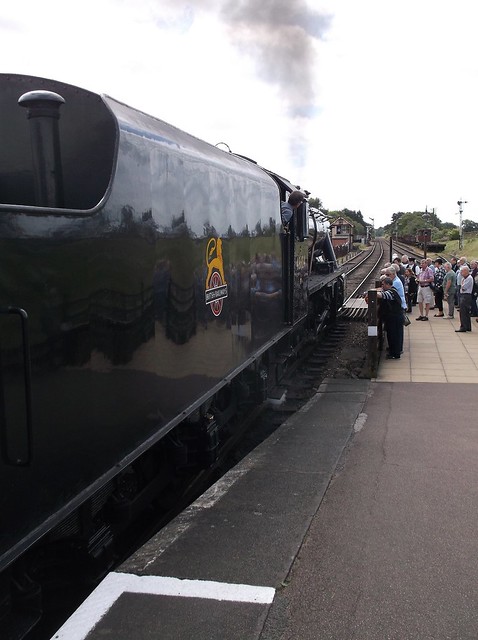 If all this travelling is too much for you, the main event takes place at Quorn station where a mahoosive marquee is erected at quite substantial cost. For most visitors, this is as far as they go. Car parking is in a nearby field and you can walk down to the event where you find everything a modeller could desire. 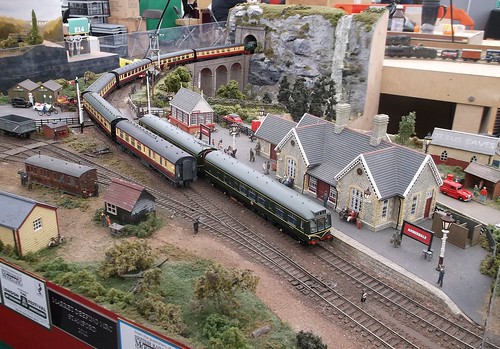 Over 140 stands (layouts, trade, societies) were in attendance. There really was something for everyone from big tail chasers to an O gauge layout in a single boxfile. If there is a complaint, it's that there is too much to see in a single day. This is more of a problem if your interests include garden railways and model engineering as these are found at Loughborough and Rothley stations. 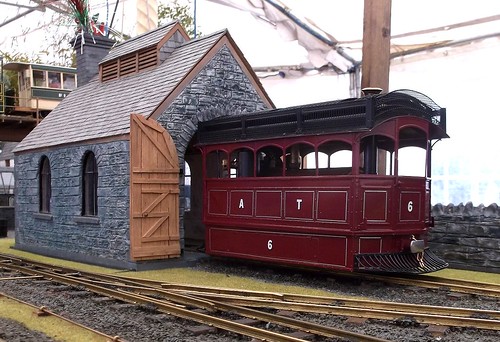 I started at Loughborough having travelled in by train. Not an easy journey with changes at New Street and Leicester plus, thanks to split ticketing, a wad of cardboard pieces. My reasons were simple enough, I was spending more than enough time driving that week, didn't wish to pay a fiver to park in a potentially muddy field and more importantly, for the first time I could try the real ale bar found in the middle of the show. 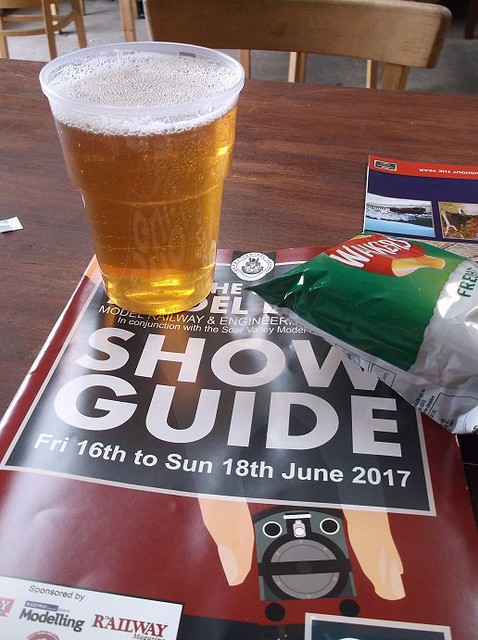 As it was, train travel worked well. I managed a few minutes on Loughborough station. Time to spend a bit of cash on the excellent second hand and railwayana stalls plus a quick look through the garden railway displays. If you don't do these, you really are missing out. Having a steam train to catch probably saved me a load of money...

The main event in the tent suffered a little from the excellent weather. While the parking may have been fine, temperatures under canvas were rising as was the humidity. One or two layouts suffered electrical gremlins because of this, and that was on the Friday which is I suspect the quieter day. 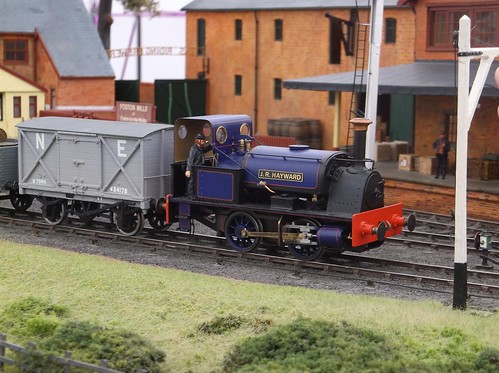 With so much to see, picking a favourite layout, or even one I'd like to build is pretty much impossible. A single pass around the show was all time allowed, although as I had editor Andy with me, there was quite a lot of chatting to do as well, it's part of the job you know!

Moving on to Rothley, the display was quieter. Apart from the G3 Blankgang layout, it was all static, but I still found much to enjoy. 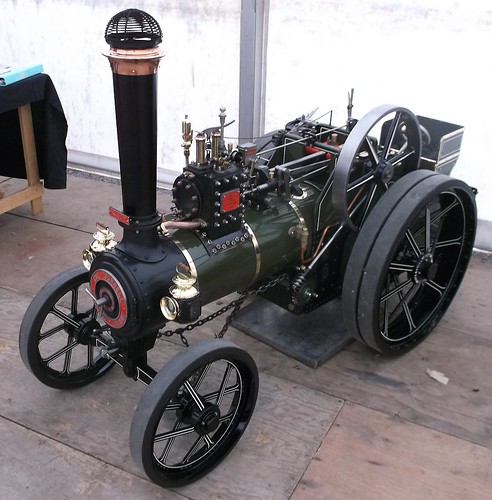 I'm never quite sure what to make of this show. It's huge and there's loads of good stuff to see every year.

I'm not a fan of the tent - half the floor was very good, the other half a little bouncy for a start and I worry what would happen in heavy rain. BUT, that is just me.

Visitors enjoyed themselves and the layouts didn't seem too badly affected. The whole ambiance is nice and very different from a "normal" show with real trains passing a few feet away and providing a soundtrack to proceedings.

As a day out, it's not cheap at 20 quid entrance plus parking but as this includes rides, it's not so pricey. In value for money terms, I'd say that most enthusiasts, it scores very highly.

As I say, looking around really needs more than a day if you want to see everything. Can't say that very often!


My photos on Flickr
Posted by Phil Parker at 5:30 AM

That Kitson looks interesting (3rd photo) - even if I wonder if the engine shed in the same photo would really be large enough to take it.

Whatever the score, you had very sound reasons for not driving there. I wonder if similar travel options might be available for any events at e.g. Burton on Trent, or even Kew Bridge, where there might be a number of distinctive local brews available from nearby hostelries … .

I prefer to travel by train if I can. Burton is certainly far easier to reach by rail than road for me. There may have been a beer break a couple of weeks ago when I was there too...

I know I wasn't the only editor taking photos but my main interest was garden railway and engineering subjects.