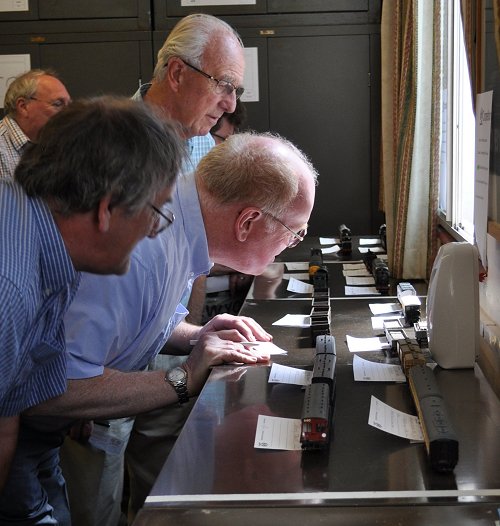 Last weekend, I was down in London running the Double O Gauge Association's annual modelling competition.

As usual, we had a fine selection of models submitted and these were judged by the members who voted for their first and second favourites in each category. It's good fun and relies as much on a model being appealing to look at as it being rivet-perfect.

Allowing entrants to explain what work they have carried out on the entry form also helps. A J72 with significant modifications scored very well even though not the most obvious in the class.

All I had to do was add up the marks and announce results once the AGM finished. It was tight, we had two dead heats decided on number of 1st placings, but I just squeaked in in time!