I'm not a fan of grey boats. I'm not a fan of warfare in general and so while have nothing but respect for those who served on the prototypes, and can marvel at the workmanship of those who build models, I prefer to confine my model making to more pleasant subjects.

The exception that proves the rule however, could be a Steam Pinnace. 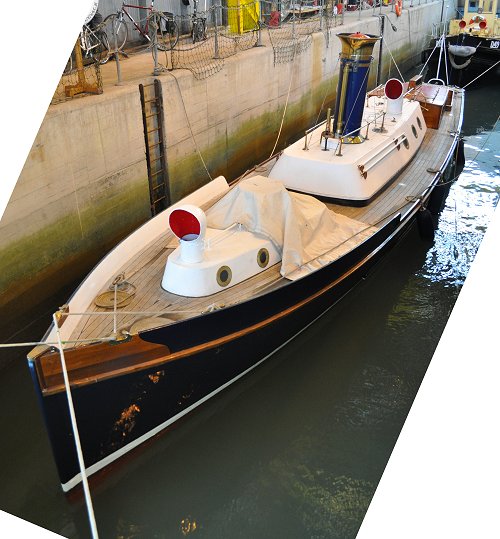 Pinnace's weren't warships per se, they were support vessels carried aboard larger boats. Acting as the captain's barge, they ferried men and equipment from the shore. Armed with a 3 pounder gun, they could fight their corner too.

Steam Pinnace 199 is  believed to be the last such vessel still steaming and is displayed at Portsmouth Historic Dockyard. Moored in a deep trench, it's difficult to photograph, even at high tide, hence the odd composition above.

In my "to do" pile there is a Billings kit which I'd like to build with radio control. I know this can be done, even allowing for the tiny size of the model. Bought because Pinnaces are attractive boats (navy blue, not grey for a start) and 'cos it was cheap, one day I'll get around to it. Having the chance to see a real one and take some detail photos will certainly help one day. 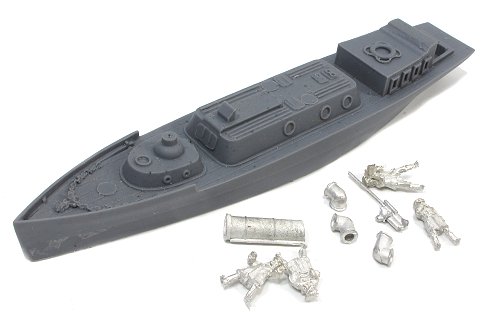 In the meantime, I have a 1/72nd static model from SGT's Mess Models. Bought at Ally Pally model railway show, I thought it was an interesting model and would make a nice fun project.

Most of the work is done for the modeller with a 1 piece hull. There are a few whitemetal parts to fit plus a crew. Basically, it's all about painting. Hopefully.

I think you mean 'steam pinnace'.

Sorry, you are right. I seem to have a mental block on Pinnace vs Pinnacle.