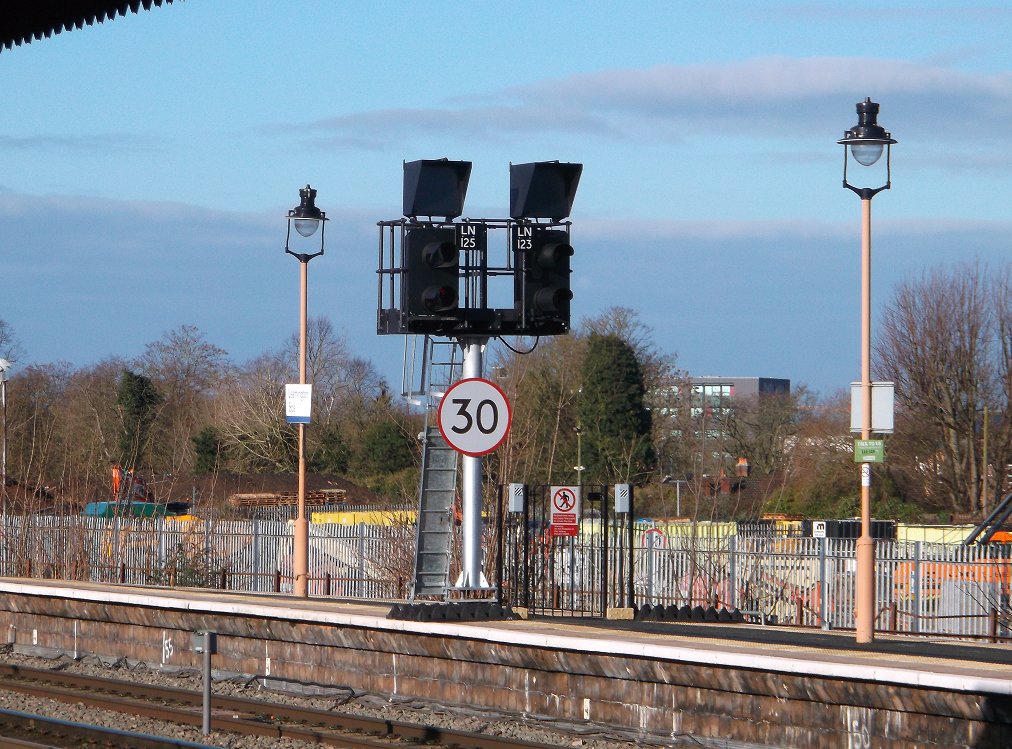 A recent addition to platform 3 at Leamington Spa station is this pair of 2-aspect signals. Situated quite a way from the end of the platform, they are interesting in that we see a lot of "accoutrements" appearing with them that modern image modellers will need to take notice of.

A gate stops people wandering past the signal, but if they do, then a metal plate locked to the later is supposed to stop them climbing up.

Either side of the gate are raised pyramids made of a hard rubber, presumably to dissuade anyone from walking around the fence.

The signal is mounted on a post, but unlike on model railways, this doesn't go into the platform. Instead, it's supported on 4 bolts giving it the appearance of hovering in mid-air.
Posted by Phil Parker at 5:30 AM

Thanks Simon. If anyone can provide technical details, you can. Very interesting.