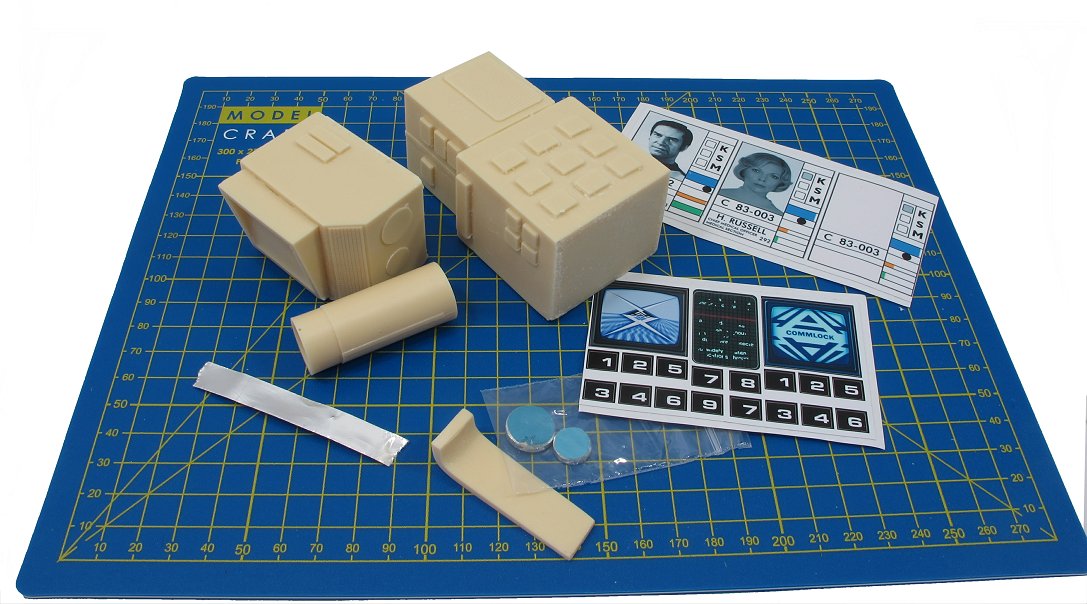 I've built a lot of models, but never had a go at a full-size film or TV prop before.

One of my favourite TV shows is Gerry Anderson's Space 1999 - at least series one of this before the curse of Fred Freiberger hit. It had the best looking and most practical spaceship in the Eagle Transporter and the special effects were great. OK, the stories could be a bit rubbish, but whisper it quietly, quite a lot of the Anderson plots weren't much cop and were saved by the fantastic stuff on the screen.

Anway, every member of the Moonbase Alpha crew carried a commlock around with them. It's a multi-purpose device that is part mobile phone and part door key. Like Dr Who's sonic screwdriver, it can do other things depending on plot requirements, but fortunately, unlike the Dr's tool, never morphed into a magic want to save them the bother of coming up with a convincing plot.

Century Castings produce a vast range of full-size prop copies and the commlock is one of the cheaper ones. It looked simple and a lot of fun. 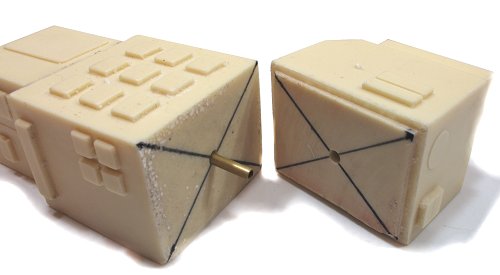 The main parts are resin castings which need to be joined together. As heavy lumps, I felt some strengthening would be a good idea, so drilled a hole in the middle of the main parts, dropped a bit of brass tube in and then glued everything up with epoxy. 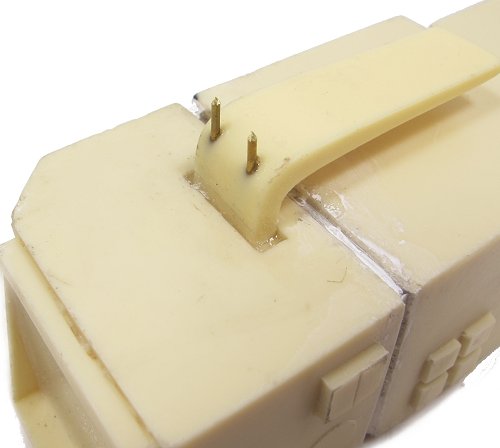 The belt clip needs to be strong and while it fits in a shallow depression, the join has all the appearance of one that won't survive long, so there is more epoxy and some bits of wire.

With assembly complete and any dodgy joins filled, the final stage is a dip in some washing up liquid to remove any grease or mould release before painting. 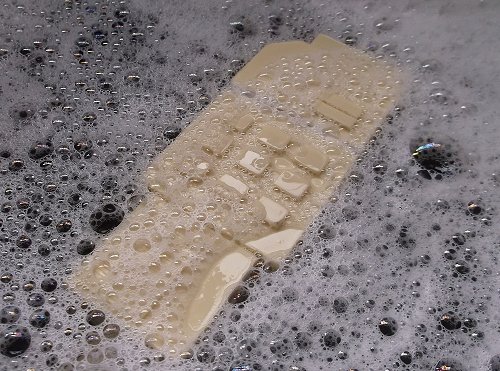 But what colour? Time for some research...
Posted by Phil Parker at 5:30 AM

Email ThisBlogThis!Share to TwitterShare to FacebookShare to Pinterest
Labels: commlock