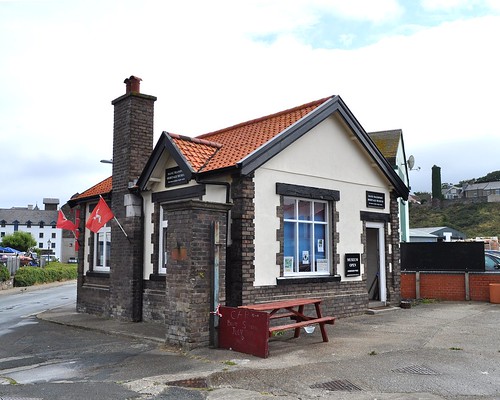 Tucked away among the smelly kipper factories on Peel quayside, is the Manx Transport Heritage Museum. Houses in a small brickworks office, it's a treasure trove of delights.


The most famous exhibit is a P50 microcar. Built just over the bridge, it's what most visitors will have come to see. Like the Manx cat, it's something the island is famous for, but visitors will rarely see in the wild. 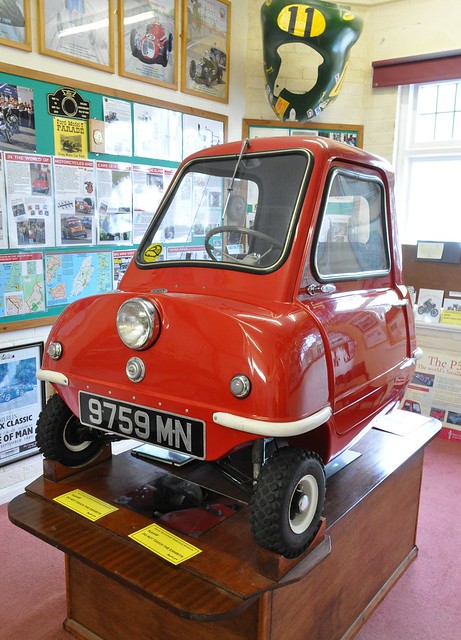 Nice as this is, even more, exciting is the model of Cunninghams Camp escalator. This weird device used to convey visitors from the centre of Douglas to the camp up the hill. To travel, you sat facing sideways on a wooden seat that would then ascend the hill on a track.There are photos of it before demolition here. 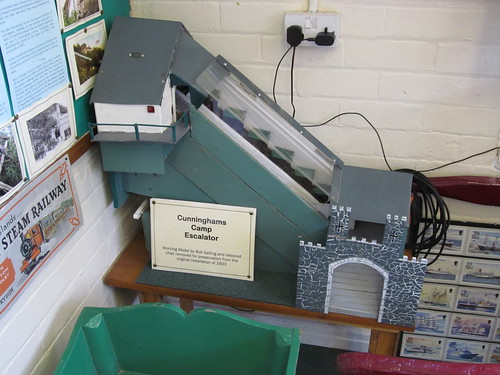 A model is good, especially a working one, but there is also a real seat. These things were tiny and if I'm honest, don't look either safe or comfortable. The entrance is up a steep hill too so didn't make it that easy. Before the site was demolished, the Laxey Mines Research group paid a visit, and there are photos here.


The museum is home to all sorts of transport stuff. They cover everything except air transport.

The walls are covered with exhibits, and there are several display cases also full of interesting oddments. Enthusiasts will enjoy spending time looking at everything. Others will rush in, look at the car, run out and miss out.The subjects are a bit mixed up but it's a happy jumble rather than a confusing one.

Opposite the building is the last remaining 4-wheel coach body (apart from those converted to "pairs" coaches set up as part of a display including a bit of platform and the water tower - a testament to the last remains of the railway line. Peel station of the goods shed have been absorbed into the (excellent) House of Manannan museum, also well worth a look while you are there.

Email ThisBlogThis!Share to TwitterShare to FacebookShare to Pinterest
Labels: isle of man, museum

That "escalator" sounds interesting - sort of like a cross between a stairlift and a "Paternoster".

OK - I'm an engineer - so engineering oddities fascinate me. However, this doesn't mean that I'd actually wish to use the things - not for one second. (That's right - for decades, I've had a well-earned reputation for being risk-averse.)

Anyway, for those of us who've never used a Paternoster, these things had loads of open-fronted lift cage like boxes on a continuously moving belt.

To some people, they apparently bore a superficial resemblance to Rosary beads - which strikes me as somehow appropriate, as I could imagine some people boarding one of these things suddenly rediscovering a long list faith and reciting the Lord's Prayer (or at least the first 2 words of it - as in "our Father", or "Paternoster" in Latin) … .


Anyway, for some reason, these days, Paternoster lifts don't seem too popular with anyone involved in "health & safety" - and I can't really say I am too surprised. Let's face it - they fascinate me - and terrify me - in equal measures.

I love the cake box at the bottom.