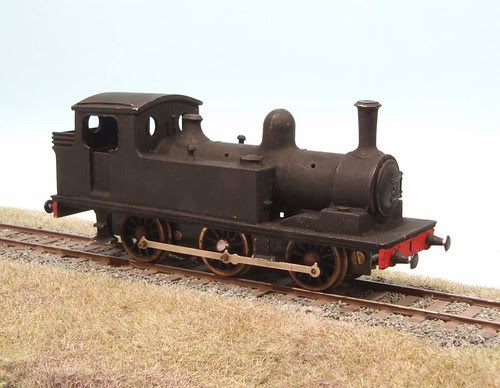 K's model locomotive kits have always had a mixed reputation within the railway modelling community. Many dismiss them as rubbish but in my opinion (and it's my blog so there) they are idiots.

What K's tried to do was supply a complete locomotive kit that was suitable for beginners to assemble. Everything you needed apart from glue and solder was in the box which saved the tiresome, and difficult if you are a newbie, task of sourcing wheels, motor and gears for yourself. Even today, this is off-putting to anyone contemplating their first kit, when you had to write enclosing an SAE to a shop, it was much more work.

Anyway, the other problem with K's stuff is that railway modellers are stingy and so the models were built down to a price. This usually showed up in the chassis which was basic in the extreme. A pair of drilled thick brass rectangles were the best you got. These would be held apart with screwed in spacers. Not state of the art even in the 1960's but as you didn't have to solder anything, who could complain too much ?

My model (a part built kit I was presented with to give it a good home) is fitted with (I think) Hamblings wheels. These pushed on the axle using a Hamblings wheel quartering jig - which I happen to have in my collection. As it is, the revolve a bit stiffly even after lubrication. Not motor is fitted and this was another area K's came unstuck as the ones they supplied weren't great and tended to die if you rant them too much. Mind you, the RTR versions weren't that great either although a nice X04 would be good in this model. 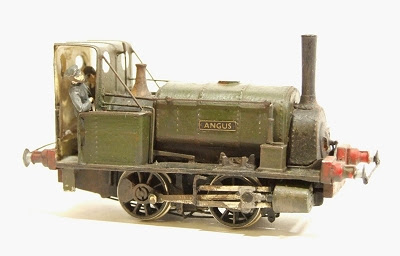 The bodies on the other hand, were usually pretty good. This looks like a J72 to me - prototype pedants please comment in the comments bit below as I'd like to know more. I've built the Taff Vale Tank and sitting on a scrachbuilt chassis, I think it looks rather good. As I said, it's my blog so I get to be nice about my models.

Well, the world is full of nice RTR versions from Mainline onwards. I'm pretty sure I even have a box somewhere containing a body with replacement brass chassis that will give all the finescale goodness I could want. Perhaps this should be finished as it stands with parts of the same age as the kit, which is an old one since it's in a cardboard box rather than the later vac-packed card sheets. Mind you, for the moment it's off to the darkest recesses of the kit cupboard to mature a little more !
Posted by Phil Parker at 7:00 AM