The Type 25 BR should have bought 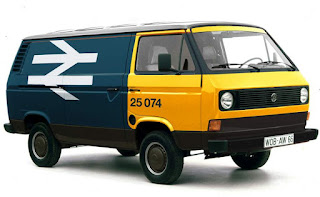 Many months ago, David Brown sent me a picture that he'd acquired in the Internet. No, not one of those pictures, this one was a Photoshoped VW Type 25 van - known colloquially as "The Wedge". It's been electronically painted into British Rail colours are though it was a Class 25 diesel.

It looks good to me and I decided as soon as I saw it that I wanted to recreate this in miniature.

Actually, I wanted to recreate it in full size but have neither the time, space or cash for a real Wedge, so a model will have to do.

The problem was, finding a base model to work on. In the larger scales you can buy  a plastic kit of the camper version as anyone who read about my abortive DamperVan project will know. It's nice but the hassle of converting the camper to a panel van was more than I could be bothered with. This was to be fun, not a major project.

Diecast Type 25s are non-existent, although Oxford diecast are threatening one later in the year. A chance find at York of a Wiking model solved the problem for me. OK, so it's HO scale but I'm not planning to use it on a layout.

Basically, all I had to do was re-paint the van. The fun I had with the acrylic paints has already been documented. In the end though, I managed to get some colour on it and then finished off with waterslide transfers from an old sheet. A finishing coat of satin varnish (yes, the model had all shades under the sun) ties everything together nicely. You can't see any transfer film around the logo or letters and it looks very nice. 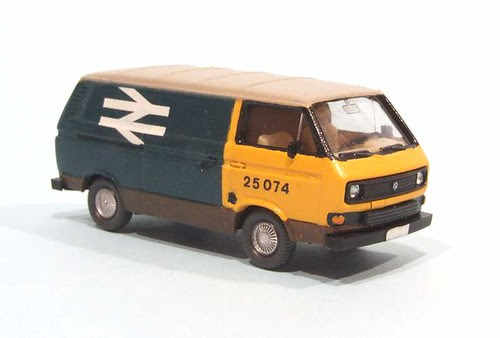