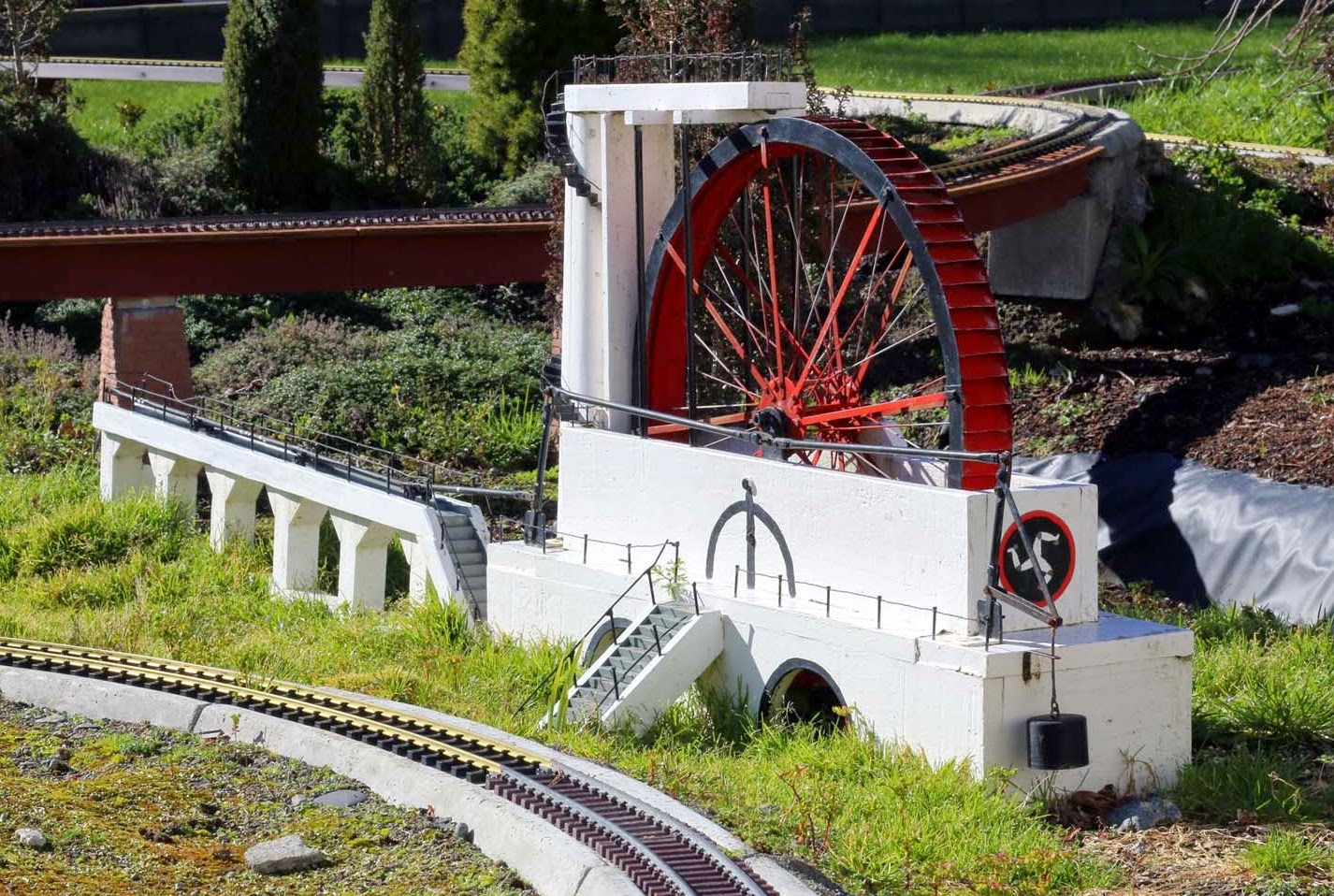 One of the many wonderful things about visiting the Isle of Man is that there are interesting people to talk to, especially during the enthusiasts weekend.

Early this year, when we were over there, on one of the first trains we rode on, in the corner was a gentleman from New Zealand by the name of Lloyd Dickens. We got chatting and it turned out that he was researching the railway for his garden railway. I asked if on his return, he'd send me some pictures and this is what you see above.

Now a garden line based on the IOM isn't that surprising. We have a fair bit of stock ourselves. However, Lloyd has what may be the only model of the Lady Isabella, the Laxey Wheel. This is quite an achievement as the thing is both huge and complicated.

Not only do we have the wheel, the push rod that runs along a viaduct to operate the pump hauling water out of the mine is included, albeit in a shortened form. There is also the counterweight on the other end.