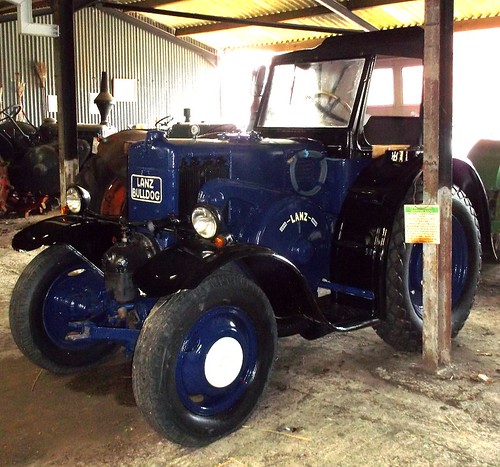 Years ago, I was writing about a man who restored vintage tractors for my novel. The character was based up someone I remembered from an old site visit in a previous employment. In the fictional world, his pride a joy was a prototype I'd never heard of until I joined the local model boat club.

The farmer who owned the land our pond is on collected tractors. The one that stuck in my mind was a Lanz Bulldog and when I needed a suitable steed for the chase that forms the exciting conclusion to the story, that was the name that stuck. Tractor fans will know that it's probably not the vehicle you chose for high-speed pursuit, but the novel is chick-lit so I'm gambling that no one will notice, and if they do, they will see the joke.

Anyway, in the book I've given the tractor a cab but the one on the farm didn't have one. Then, a couple of weeks ago, another Bulldog appears. Freshly restored and looking superb, it's exactly what I had in mind and when the film is made of my book, Hollywood will have to hire it.

This inspired me to dig out a plastic kit I bought some time ago to recreate the farm vehicle in my head. At 3.5mm to the foot, it's not very big. Even at half-price, it's scary expensive and the sort of thing you buy at the NEC when you haven't spent much cash over the weekend. It doesn't even look much like Bulldog I described, but hopefully it will make a good starting point. 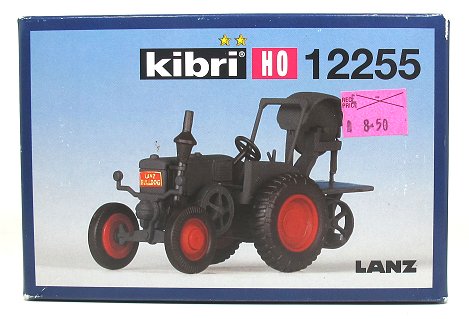 A lovely tractor, although I don't think I'd have purchased that kit personally, it is on the pricey side and will need some bashing to recreate the prototype. I still look forward to seeing it built on here though :)

Any update on the book side? I did wonder if it's possible to release it electronically, everywhere I look these days I see people reading on kindles etc, even my ex spends most of here time reading on her phone or laptop. Sadly the day of the book is over, even key publishing has sold out of that most hallowed of books, the Parker's Guide. (I do have an excellent tome on modelling British Railways diesel locomotives though by the same author)

The kit IS pricey, especially at full whack, but it's good basis for the model, or at least makes the idea possible as I don't fancy scratchbuilding the whole thing. If I wasn't so attached to the prototype, I'd have left it on the satnd though.

Novel - You've asked at an interesting point. We have decided to publish by Christmas whatever happens, even if it's just through Amazon for e-books only, but are looking at couple of other options first. As you say, e-readers are everywhere nowadays so getting in print on paper isn't quite so important. It didn't do 50 Shades of Grey any harm either. If I had those sort of sales, I could buy the real tractor!