It's the annual British Railway Modelling scenery special issue and so I've been getting all green fingered. 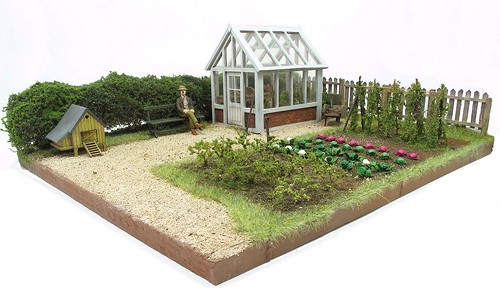 I've built a 7mm scale diorama based around a Petite Properties greenhouse kit. Despite being a small model, there's loads of detail in here with plants insides and outside the greenhouse. None of it is particularly difficult however and this sort of scene makes a great space filler on a model. It's the sort of detail that appeals to non-modellers too, the people who are bored by all that purving over locomotives.