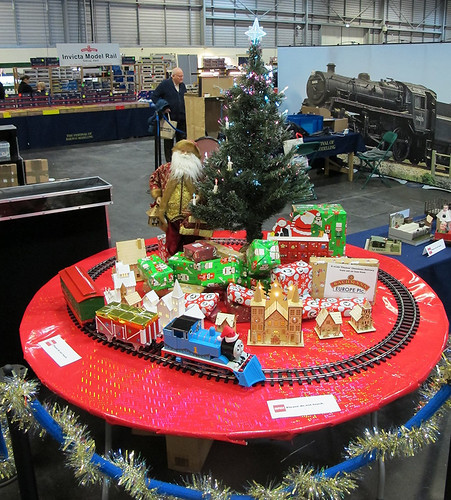 I built a model railway!

The Festival of Railway Modelling this year moved to a new weekend at the start of December and so we decided a Christmas theme would be a good idea. To that end, I arranged to borrow a Thomas' Christmas Delivery G scale train set from Bachmann - this was placed on a gift-wrapped table along with a tree, Santa, a pile of presents and light up buildings.

The effect was enhanced further by the team wearing suitable hats. Most people opted for Santa versions, but I went full elf, although the jingling bell right next to my ear did get on my nerves a bit. 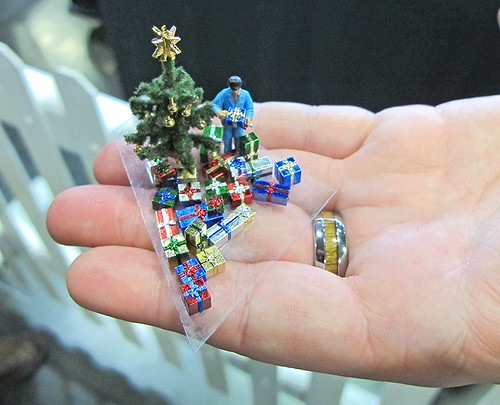 For the kids, a competition was to spot all the festive additions to layouts - and asked to do this, many modellers really went to town with some excellent little models. I hope the spotters enjoyed themselves, I certainly did when I wandered around late on Sunday trying to photograph a few. The trade also joined in with plenty of tinsel and Christmas lights festooning stands.

Maybe all this isn't "proper" model railway, but this show is aimed at a general audience who know it's a payday since the Warley shopping fest and a great time for modellers families to pick up presents to be hidden away for a few weeks. 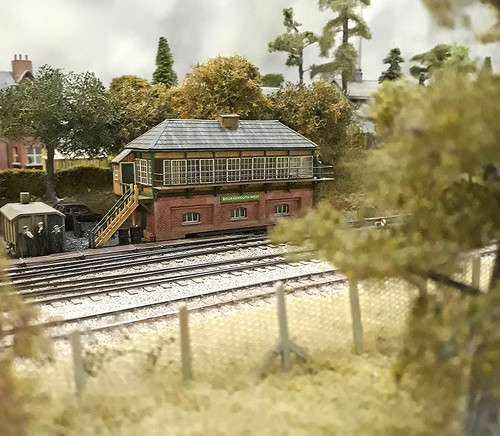 I think the layout selection was one of the best I've seen at any of the Warners shows. For a start, there was nothing simply filling space. Quite the opposite, many were the sort that would be the star attraction at any show. Bournemouth West, with its amazing steaming locomotives, probably attracted the most attention. Even at the end of the weekend, crowds still needed to be shooed away so the show could close.

On our stand, we hosted several Cake Box models on Saturday, my stuff staying under the table until Sunday. We also took part in "Strictly Come Digging" on Campbell's Quarry - which I didn't win due to my clumsiness with the digger controls.

All in all, a good weekend. Lots of chat, several suggestions for future articles. If you dropped by to say hello, thank you for coming, it was nice to see you.

Some cynics might suggest that there might have been something seriously wrong with the circle of track on the table.

Doubtless, they'd follow this with comments about "jangle bells" - and "helpful suggestions" about where they've seen those "tasteful" hats in black with white trim, possibly complete with "bah humbug" printed on the side.

That's right - not all "grinches" like their jokes stollen from a Christmas cracker (even if some seem to).

Joking aside, I trust the show went well.