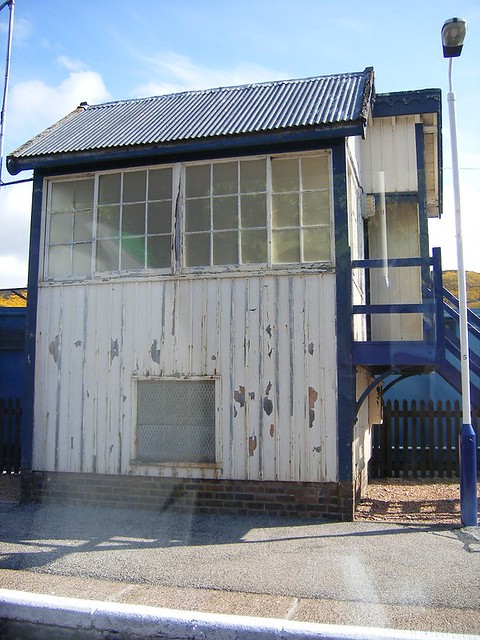 Sadly, I've no idea where this photo was taken, other than Scotland obviously, but it's an interesting shot of a fairly typical Highland Railway signal box.

Presumably because of the "challenging" weather to be found in the area, the gaps between the wooden planking on all the buildings, even platelayers huts, were covered with rounded batoning.  I think the wiggly tin roof is a common sight too.

Like all the other boxes on the Highland line, this one was no longer in use in 2008. Radio signalling has replaced semaphores as the traffic levels are low enough for it to work, and you really don't want to be employing vast numbers of people to look after signal wires that can freeze up or break in the most remote locations.

I'm surprised the box still exists, but wonder if it is a listed building by now. It would be nice to think that someone has found an alternative use for it.