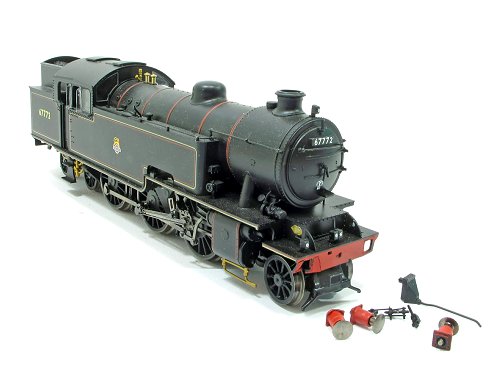 For the last couple of years, there has been a project sitting on my shelf - my friend Ben passed me this loco for repair while we were out having a drink. It's a Hornby L1 that has been dropped in it's front buffer beam.

All the buffers were off, and the front bean was a bit of a mess. The backhead rattled around inside and the couplings were lose in the Electroteen box it arrived in. 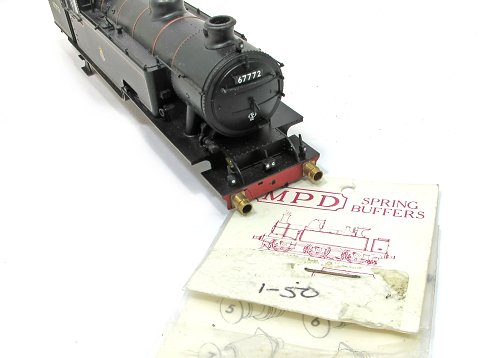 The obvious starting place was to stick the buffers back in, but somewhere along the way one of them has gone missing. That's a shame, but my spares pile came to the rescue with a set of brass sprung buffers from the old MPD range. Almost certainly older than the model they were to be fixed to, some of the springs had lost their tension so there was more digging around for a couple of replacements.

The square holes needed to be opened out very slightly to take the round back ends - easily achieved with a tapered reamer, with the added bonus the opening out was in the centre of the hole so keep things in place.

A bit of ABS solvent fixed the, thankfully complete, buffer beam back together. Supergluing the brass housings in place further straightened it.

Even though only one buffer was missing, I replaced all four. The shanks are slightly fatter on the replacements and consistency matters.

Handy hint - a litter bin on the modelling board is a godsend when you chuck away an apparently random bit of plastic, only to realise ten minutes later it's the missing lamp iron. So much easier to retrieve it than looking through a proper big bin. 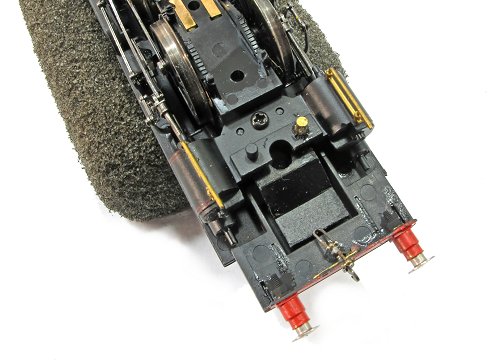 A quick coat of signal red Railmatch paint looked good - a better choice than the same companies buffer beam red which looked too bright to me. At this point, I thought I was done, but no. Checking the loco worked on my test track revealed that the pony truck stuck out beyond the coupling when running backwards.

There is an interesting double-pivot requiring a pair of pegs, one of which was broken off. A 5mm long bit of 2mm diameter rod is a perfect replacement and not the truck swivels, but stays where it should do. 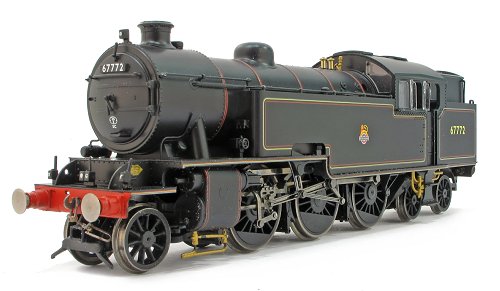 A set of screw couplings from the spares pile finish the job. I'm pleased with it and so was Ben when I returned the model to him. Let's hope he looks after his toys carefully this time!
Posted by Phil Parker at 5:30 AM