Greeble spotting for the London 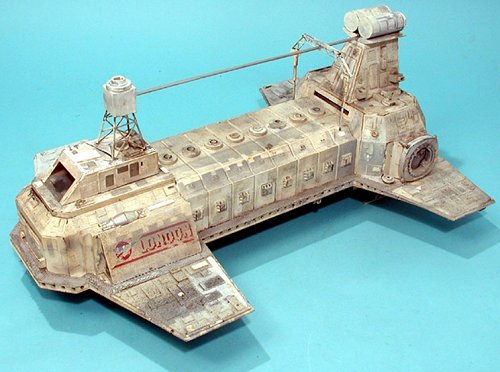 Those who remember the classic BBC TV series Blakes 7 might well recall the first space ship we saw on screen wasn't the Liberator, but a prison barge called London.

For modelmaker Simon Atkinson, this was his first commission. It's now back with him 40 years later, and in need of a full restoration.

The biggest problem with this is greeble.

Greeble is the surface detail used on models to make them look more interesting. In the sci-fi world, there is a lot of plunder of old plastic kits to produce this. Famously, the engines on an X-Wing fighter from Star Wars are Airfix Saturn 5 parts, and there is a great big lemon squeezer on the back wall of Thunderbird 1's launch bay.

Spotting greeble can become a hobby in itself. A nerdy, but fun one.

Anyway, The London needs a lot of work and Simon is trying to remember where he picked up the surface detailing from. A couple of parts have defeated both of us. 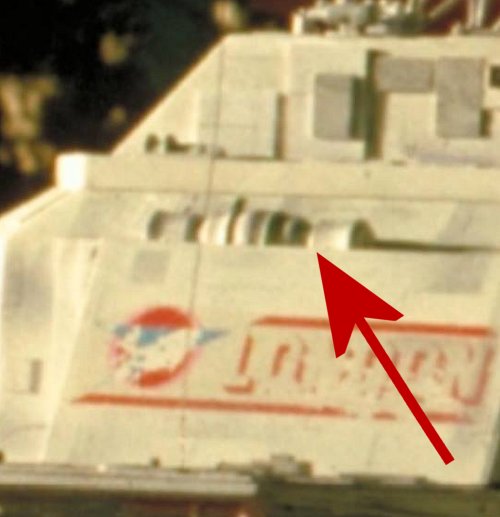 There are some bits that look like pulleys toward the front. They are familiar, but I don't have a definite suggestion. 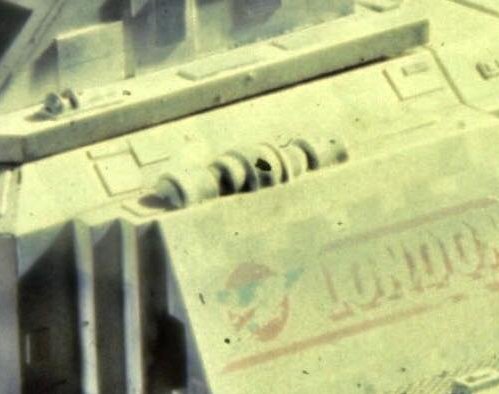 You can see them better from this angle. This has to be from a plastic kit available in 1977, or at least only recently discontinued as this is when the model would have been made.

Next up, something more recognisable. 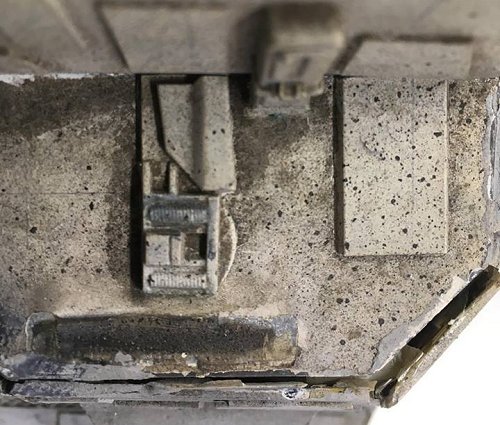 It's an axlebox, and my first thought was a Lima PGA, but that's not right. Those are very tall springs, so quite distinctive.

Anyway, what we need now are some suggestions in the comments section please. This will get your post-Christmas brain going!
Posted by Phil Parker at 5:30 AM

Are the pulleys from either the Airfix (now Dapol) breakdown or dockside crane kits? Or possibly something more domestic, like parts from a venitian blind?

are these the ones?