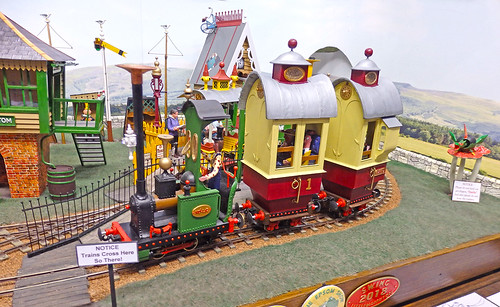 Warley was big and tiring. When I posted "The post-Warley fatigue is really kicking in today..." on Wednesday evening, 13 people replied with similar feelings!

Friday to Sunday was spent running around filming and chatting, with a little bit of layout looking at thrown in. The floor is hard and lack of food and drink and toilet breaks makes it a bit of a struggle. An interesting struggle, but Sunday lunchtime, I wanted to get off the BRM stand for food and a pee, but this took an hour... 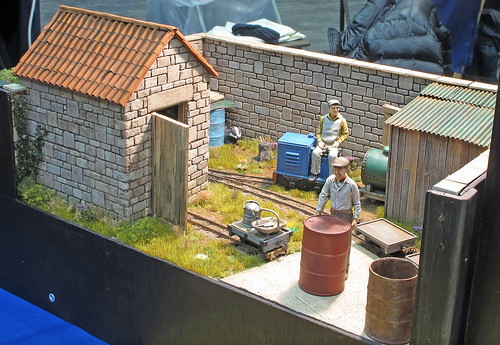 Anyway, as I say in my BRM Blog (sign up for the free BRM Express newsletter if you want this in your in-box) that my favourite layouts were the oddball narrow gauge ones found in the middle of the hall. You'll know this though as I've always liked the weirds ones!

Talking of weird, the winner of the Great Model Railway Challenge was something I've never seen at a model railway show before. 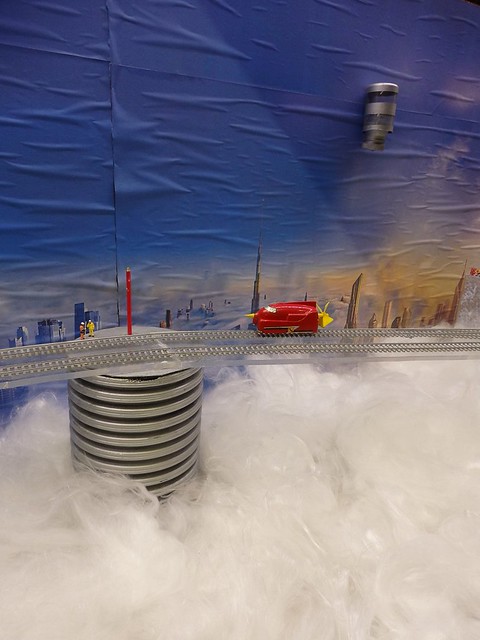 Whether you like the show or not, you have to admit that the imaginative shackles were really taken off with this one, and that can't be a bad thing. You'll also have to admit that it really needed a Battlespace Turbo Car running on it. Pity the power is evil DCC, or we'd have run it properly.

Utterly agree about moving around at Warley. I was helping operate Millwall goods (fine 7mm layout) and needed to go- it took me 25 mins to get to and from the WCs and my colleagues did not believe that I had merely made that trip until they experienced the same timeframe! Operators food took ages. Warley is Marmite- love/loathe.It's a scrum but has the best stuff under one roof- swings and roundabouts