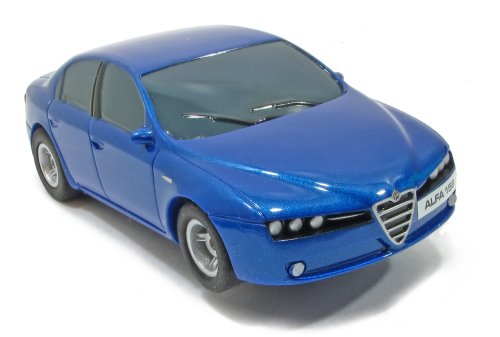 A couple of years, I bought a friend a Micro Scalextric Alfa 159 set as a bit of a joke. She liked her Alfas and driving fast, and it was stupidly cheap. There have been very few presents that I've enjoyed handing over more. I didn't care if it never came out of the box, the gifting was the fun.

But, it turns out that both her young daughter and husband loved it. Lots. Enough that when I mentioned I was at a slot car swapmeet, there was a request for more cars.

It seems that just like the real thing, one of the Alfas has become temperamental. I offered to take a look. How difficult can it be to service? 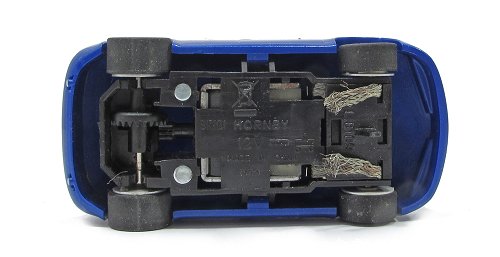 Sticking a 9V battery on the pickup braids, the motor turned over freely. In fact the only potential problem I could see was the state of the braids themselves. They were a bit ragged but I'm not sure if this is the problem.

Micro Scalextric cars clip together, so I took the body off and blasted the braids and motor with contact cleaning spray. Wiping the excess away, I realsied the braids were clipped in and not soldered to the motor. 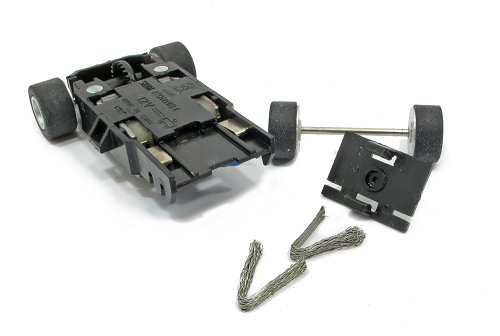 Basically, they are folded in half, one end under the car, the other rubbing on a contact for the motor. So, I simply reversed them so the good end is under the car and hopefully this will have solved the problem. The "fluffy" end is still fine at touching the motor contacts - and the battery test still works.

A drop of light oil on the motor bearings to replace anything removed by the cleaner, clip the body back on, and the car is ready to return to it's owner. Let's hope I've cured the problem and it's now reached Japanese levels of reliability.
Posted by Phil Parker at 5:30 AM

It's an Alfa, so unreliability is part of the charm...

Dry joint electrics are a sure fire way to ensure a repeat.

It's an Alfa so un-reliabilty is its raison d'etre.