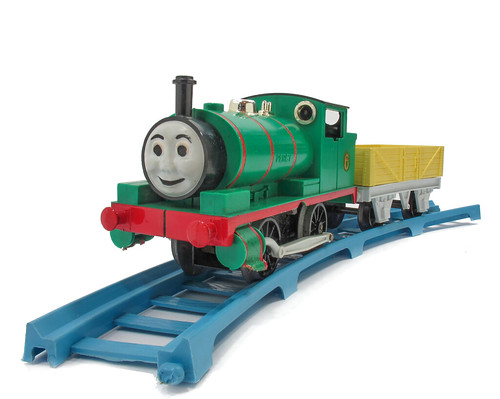 My approach to eBay is to leave things on watch for a long while, on the basis that occasionally, I get lucky and something I want pops up at a price I am willing to pay.

Meccano's model of Percy falls into this category. Launched in 1965, it's sort of O gauge and clockwork. The loco comes with some blue plastic track, of an interesting section, and a couple of wagons. A few years after its launch, a version with a smokebox door instead of a face appeared, something Hornby has recently done. 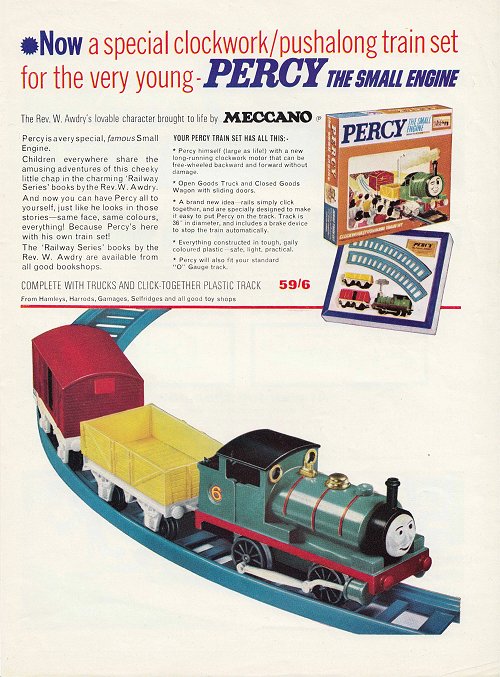 Percy sets tend to go for £60+ and while I want one, not that much. I fancy running it on the Garden Rail layout at Peterborough as a bit of fun. Mine came in at £30 including postage.

For that money, you don't get "mint boxed". 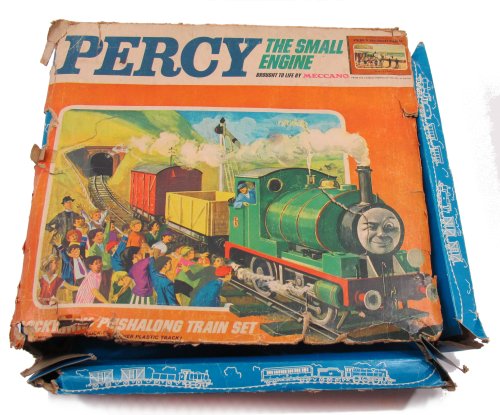 The box is tatty, the red van is missing a set of wheels and the key is missing.

I must admit, I really like the box art, not least because it refer to the books, which I think are the only source of true Thomas material. I do wonder about the stick - wouldn't a couple of identical coaches have made more sense, or was a larger range planned? As the model was discontinued a year after introduction, nothing came of those if there were.

The missing key isn't a problem. I've wound the loco up with pliers and it works fine. I'll make a new key at some point.

Then I can recreate at least some of the famous appearance of this set in The Avengers episode, "A funny thing happened on the way to the station." 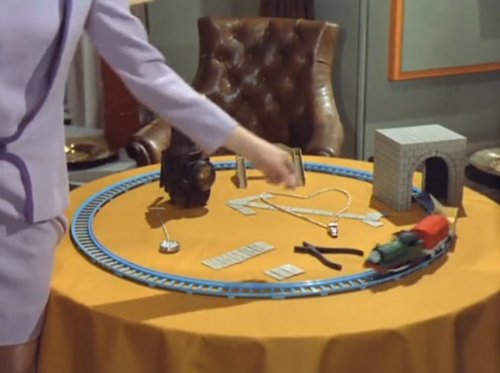 assuming you're to be Patrick Macnee, who's to be Diana Rig?

That was my very first trainset.