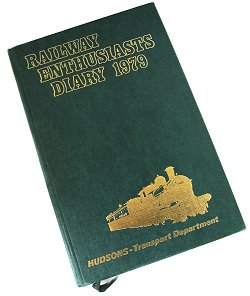 I own a lot of railway books. Far too many if I'm honest, and every so often I weed them out by donating some to the local model railway club. Or a charity shop if it's one of those books every rail nut has given to them by well-meaning relatives.

That doesn't stop me looking at more books though. My preference is the odd titles that almost certainly appeared once and didn't set the world alight. That's where the nuggets of gold are found.

Just such a chunck of shiny stuff is Railway Enthusiasts Diary 1979 published by Hudsons Transport Department, although inside it claims to be OPC. Compilation is by DR Kennedy.

Nicely bound in dark green with gold blocked title and loco illustration, it's a fund of information.

According to the info inside, this copy was origionally owned by Gordon Patston of Bromsgrove. He's even recorded his national insurance number and blood type as well as a next of kin.

We open with details of pre-grouping railway company liveries - described as this is all black and white. Next, named trains of Britain.

For the keen enthusiast, details of speeds and timing should you be watching the mileposts with stopwatch in hand. You'll be following the gazetteer of places to visit around the country no doubt or looking for one of the BR motive power depots and stabling points, all of which are listed with their depot codes. 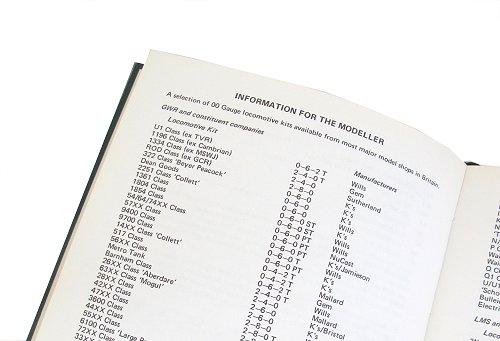 For the modeller, a list of OO gauge locomotive kits available from most model shops in Britain. No mention of RTR items. but there is a list of wheel sizes and their 4mm equivelents.

Finally, a list of the preserved steam engines running on BR, and the routes operated. 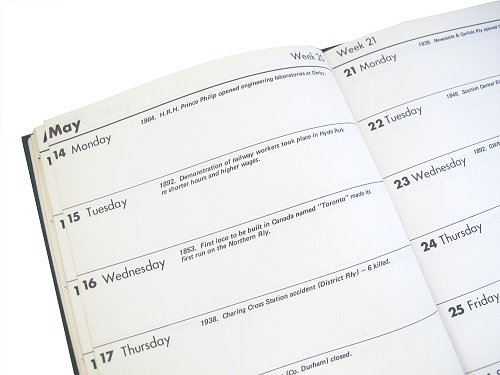 At last the diary section, and this is the best bit of all. Plenty of space to write appointments, or shed tours in Mr Patston's case, and every single day includes a historical railway event. For example, on 12th April, the atmospheric system on the Dublin to Kingstown railway was abandoned.

What a terrific resource!

Was this the only edition, or are there more to collect? How come I've never seen this before? Has anyone else got a copy?

Not dissimilar theme to the more recent and glitzy Bradshaw diaries. There are elements of the dear old W&H catalogue in there......