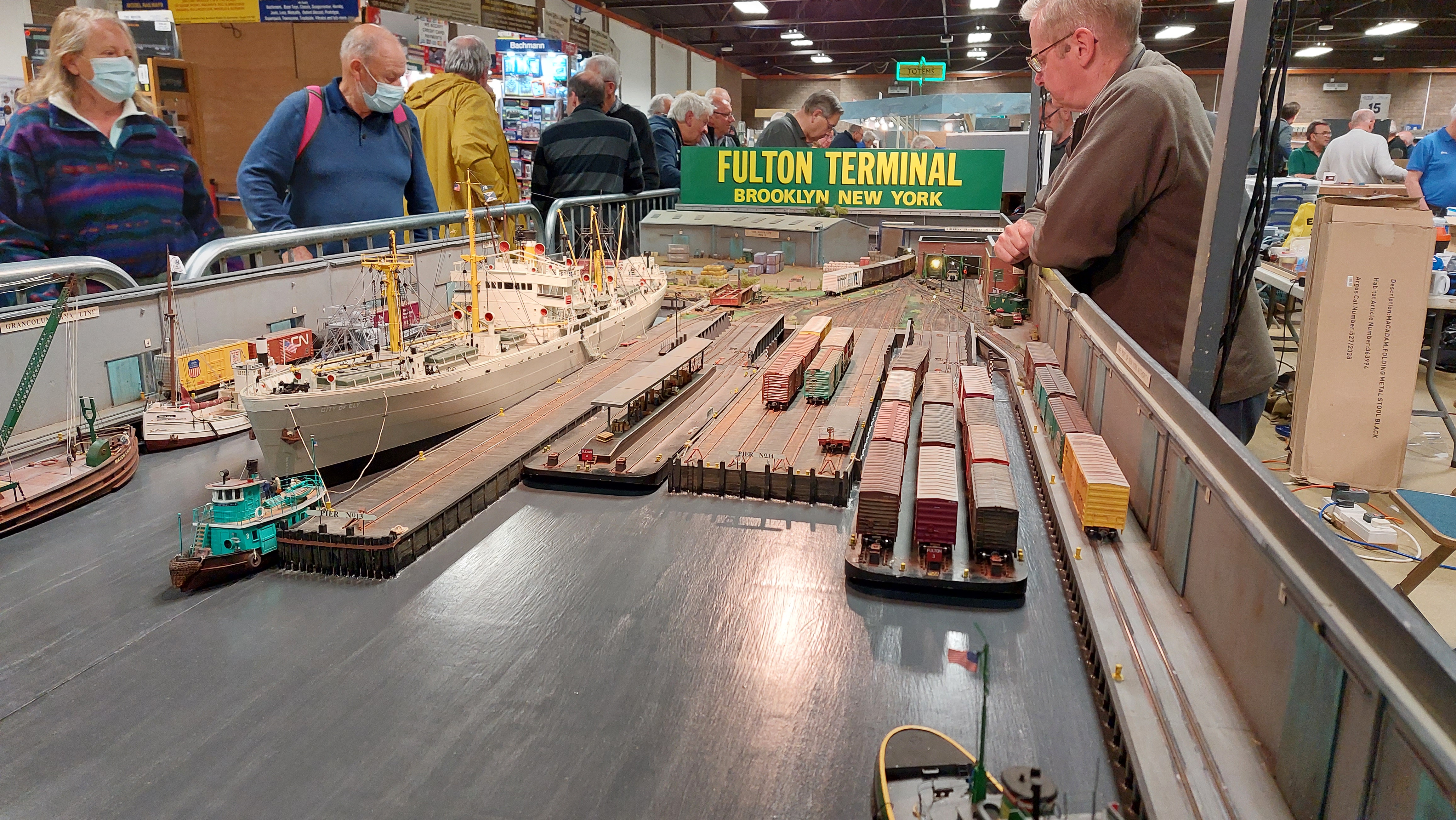 Fulton Terminal, spotted at Bristol a few weeks ago, is an interesting model. And one I'd love to do a proper photo shoot on, but you can't really feature an American layout in British Railway Modelling!*

Taking to the owner, it seems that there were several rail yard in New York - each of which was unconnected to the rest of the system. They existed simply to move "reefers" between boats and warehouses. All goods went in and out by ship.

The locos would also be moved afloat, but otherwise weren't allowed near the barges the rolling stock travelled on. Not because of their weight, a loaded freight car being heavier than a loco, but because they would upset the balance of the barge when moving on. For shunting, reach cars were provided so the loco stayed on dry land.

Quite how you got a loco on board to take it to the work, is a mystery, but I guess some stock at one end to act as a counterblance would do the job. It wasn't a daily occurance, so a special shunt would be in order.

*Don't try the "Good modelling is good modelling" line. Some people go nuts if there is too much of any era in an issue. They would lose it completly if we tried to put Johnny Foreigners trains on the page.

Would love to know more about the ship model

The big ship is a Liberty boat. Built on a fibreglass hull with a scratchbuilt superstructure. Apparently he has more than one, but the alternative for that berth is a Russian vessel, so not really appropriate at the moment.

The ship alone must be worth an article somewhere?

Probably in Model Boats rather than a model railway magazine. Since it would be big enough to radio control, I can see it fitting well into that publication.

Isn't that what Continental Modeller was for ;)

If you were to write an article and have it published, I would buy whichever publication it happened to be, in order to read said article. You have a style of writing articles that appeals to me, (much like your books actually,) so even if I didn't have a love of US trains, I'd want to read it.

Scroll down for prototype views and plans.

The Fulton Fish Market in New York City has a preserved barge as a museum piece. I can't find my photos.