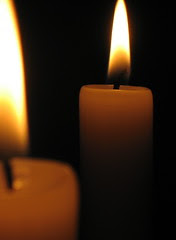 It's the 2nd Birthday of my blog. 2007 has seen 292 posts, a few more than last year which either indicates that I'm getting better at writing, doing more modelling or should get out more...

Looking back through the posts is interesting, for me at least. I always wonder what I've whiled away time on.

There has been the cardboard boat, African Queen, Puffer and Tomsk on the water. Of course the first was started in 2006 and on the next two I did very small amounts of work.

Slingshot racing went well too. I'm stupidly slightly proud of winning the series, although the greatest achievement was that I managed to keep the boat running most of the year. Nothing wrong with the model you understand, I just tend to be jinxed when it comes to competitions.

Talking of winning, I managed to score a win with my mineral engine, one of the few models I actually built for the railway this year and even that was started some time before ! I did manage a Jinty in 3mm and a Class 14 though.

As usual the Type 2 has given me the sort of grief that classic car owners are supposed to love but in reality we would prefer to avoid. I suppose some big jobs have been completed - the engine is back in with the refurbished fuel tank and the front beam has been replaced. With only one night away this year I don't exactly have a huge target to beat on 2008 !

Finally I was suprised to see I've clocked up four magazine articles this year. Most of them in VW mags too. Nothing in the railway line but there are reasons for that. Perhaps next year I'll get back on track (pun intended, please groan).

Anyway, there are several projects lined up for this year. I need to finish the 1361 class locomotive and footy fishing boat. Flockburgh's extension will be going to show in a couple of weeks too. After that there is a Caledonian loco in HO, a couple of little diesels and possibly even a Garratt or two...