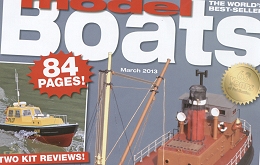 It's taken a while, too long to be honest, but the Pilot Boat now appears in Model Boats Magazine. It's not entirely my fault, the kit took a while to arrive and there is an issue (fixed by me in the article) with holding the top down properly.

Never mind, in the latest issue (or on the website for magazine subscribers), you can read a concise version of the build in four pages. Hopefully this will help anyone with the same kit on their shelves. While I showed some of the work on this blog, pulling it together for print does produce a superior result. It's likely to be more comprehensive as well. Before you complain, you aren't paying to read this and I do get some much needed income from the magazine...

The text has come out well, apart from a sub-editor rather keener on exclamation marks than I am and maybe "plastic" didn't need to be in quotes, but then both of these are subjective points and I'm probably being too fussy. Photo reproduction is absolutely top notch and since it's a piece with more pictures than words (each of which is worth a thousand of the other, but you try and tell the editor that when invoicing...) that more than makes up for anything.

I can't complain too much anyway - the model made the cover so I can't have done that bad a job with at least one photograph. 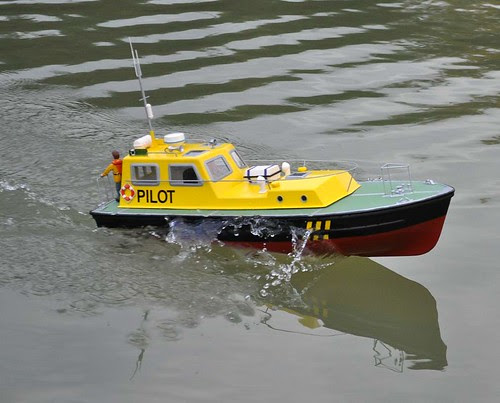