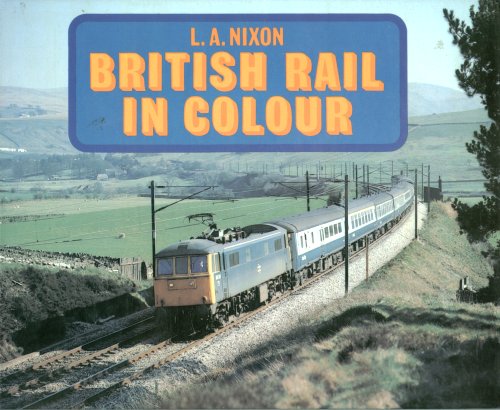 Picked up for £1.50 from a charity shop, this is a book that show the past (1982) really is a different country. Back in those days I like trains but hadn't even discovered the joy of a Platform 5 pocket book. They were blue boxes on wheels and I wished I'd seen steam trains like my Triang 3F or Hornby Jinty running.

How we miss those blue boxes now!

In his editorial, LA Nixon gets sentimental for the end of steam but points out that many of the early diesel classes had also disappeared from our rails. At the time though, we could still enjoy lots of locomotive hauled trains and plenty of freight, much of which travelled in 4 wheel wagons. It seemed like we had lost a lot but this was the way things were to be.

Flicking through the pages, so much is different now. OK, a few venerable diesel classes soldier on but in those days a Class 37 on the front of a train was a regular occurrence. 56s on MGR wagons were new and exciting. Class 58 was a year away and now they are obsolete and in preservation!

The book captures the later days of the traditional railway. A Class 27 hauls 10 wagons including a VGA, 7 opens covered with tarpaulins and a solitary oil tank over the section between Bridge or Orchy and Crainlarich. 44004 hauls a great long train of bauxite 16 ton minerals past York South shed. On 08 hauls parcels stock out of St Pancras where now only Eurostars fear to tread.

One of my favourite shots shows a pair of 104 DMUs sat in Buxton - the scene looks so vintage. I know they were rattly ways to travel but the nostalgia kicks in...

Years ago I could never understand why anyone would want to model boring "modern image" but now it's not so modern, the scene looks a lot more appealing.
Posted by Phil Parker at 5:30 AM

In a way I was blessed, I loved the diesels right from the off, my local park was alongside March triangle and just round the corner and down the road was Whitemoor shed. (The yard was in it's death throes by the time I was old enough to notice, and lines of diesels awaited scrap amongst the bushes.) Oh to be back there again, although as I said to someone the other day, today's scene isn't quite as bleak as people imagine, it's not just a procession of Multiple units and 66s like they were trying to say.