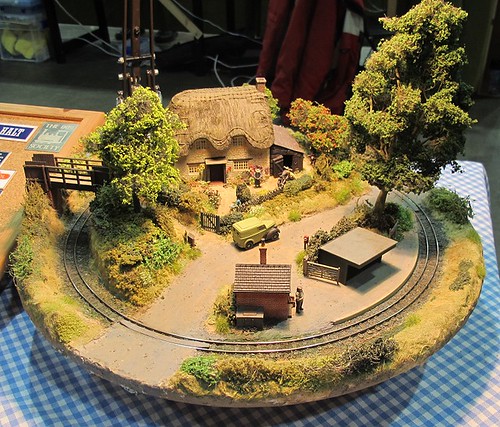 An even more narcissistic post than normal today I'm afraid. At Leamington I had taken both Melbridge Dock and Owen's Bridge to display which meant very little time to look around the show. To be fair, Owen's bridge made life a bit easier by being a static exhibit all weekend now the loco has given up the ghost.

You've already heard that Melbridge ran extremely well so I'll not go on about it. We weren't half glad we brought a rug to stand on behind it, that concrete floor is super hard.

Saturday started as any show - people out the front but no-one talking or even smiling. This changed through the weekend though and Sunday, which thanks to a real push on family tickets was as busy as Saturday, was a blast with loads of chat and several visitors questions answered. 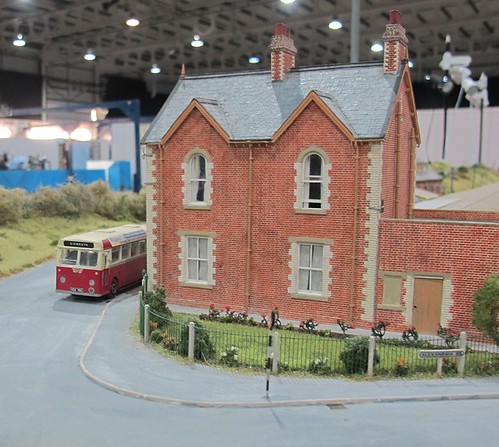 Outside the barriers, the layouts that caught my eye were Sidmouth by Richard Harper - P4 on it's first trip out. Beautifully modelled with some excellent structures.

I also loved Hobbs Row Halt at the top of this post, but then I love a micro layout and this one might be a bit of a gimmick but isn't it full of character?

Trade was better than ever with a new supplier to me, Severn Models, enticing me to hand over money that I hadn't expected to spend. Elsewhere I picked up big sheets of plastic, many half reels of wire from the second hand stall and a few other small bits. 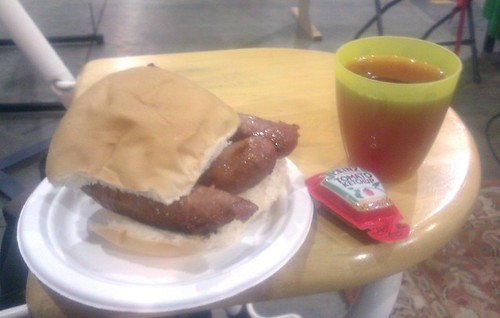 Food, well I didn't get any cake but the cafes sausage baps at £2.75 each were a filling bargain and kept me going all Sunday even though one of the whopping bangers rolled off on to the floor and had to be discarded.

Excellent show - possibly the best the club has ever put on.