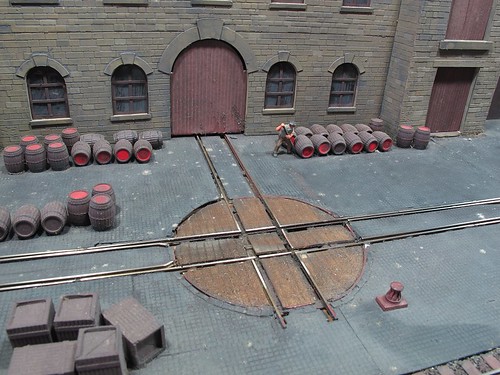 While electric woes might have been minor on the Dock, across the cobbled areas, there were little spots of what looked like mould.

At first, I was tempted to pretend they were some sort of weathering effect but I don't think anyone would be convinced. They had to go.

Rubbing with a dry finger removed the muck from the tops of the Slaters cobbles but not from the valleys below. A wet finger worked better but still didn't remove all trace. I had a feeling that the remaining residue, even though microscopic, would have been back anyway.

A bottle of Coop anti-bacterial spray was acquired and some of the liquid poured in to a plastic cap. Dipping a cotton bud in and then rubbing it on the mould removed the mark straight away. Left to dry, the clean cobbles stood out a bit but only because they were clean of dust. At least the paint stayed put, something I'd been worried about with more vicious chemicals.

Cotton buds are fine for ears but not for model railway layouts so a softish bristle brush was tried next. This worked perfectly and within half an hour, the cobbles were clean, even in to the nooks and crannies around barrels and boxes.

Only time will tell if this is a permanent fix but at least it's a quick one if I have to repeat it. 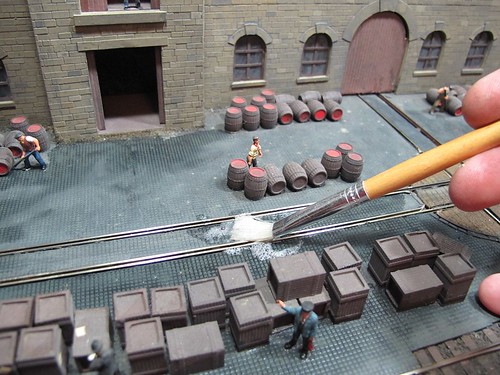