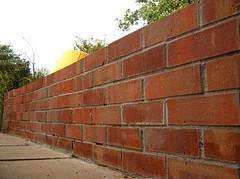 Watching a recent BBC News feature on the World Skills Final in Brazil, I was fascinated in this "Olympics for useful stuff".

Youngsters compete in practical skills such as bricklaying, plastering, plumbing, helicopter maintenance and err, beauty therapy. All good stuff and jobs that need to be done for a functioning country.

Needless to say that while the American team met the President, ours went to a reception hosted by the minister for apprenticeships. No, I've no idea who that is either. I expect that had to wear a big badge so anyone knew who they were.

It's a British problem apparently. Other countries train people in practical stuff. We prefer to produce lawyers and media studies graduates. In the Guardian, Deborah Orr can describe "the deep, dark, scary abyss that is life without a degree" without thinking this is odd. After all, in the meeja, practical skills are to be laughed at aren't they? Fans of Top Gear will have noticed James May being the butt of jokes for understanding how things work while the target audience want to be Clarkson who tries to mend things with a hammer.

You have to wonder who these people call when the tap stops working. And how badly they treat the person who turns up to fix it - after all they are mere rubbish who didn't have a proper education. Good job most of these are so well paid, they can afford the rightly massive bill presented at the end, even if it will be met with, "How much? It takes me nearly 500 words in my column to earn that!".

Which brings me to model railways. The hobby is gradually de-skilling. In the same way that most of the Top Gear audience only open a bonnet to admire the engine without knowing what any of it does, the move for modellers is towards buying in services.

I worry about this. The only consolation is that when the oil runs out, the people who have skills will be king. If you remember the Golgafrincham's in The Hitchhikers Guide to the Galaxy, they disposed of the useless chunk of the population who "landed" on Earth and started making documentaries about themselves and worrying more about the colour the wheel should be rather than its shape.

Douglas Adams had a point.

To prove it, despite what the idiot Farrage tries to say, evil foreign bricklayers aren't stealing good, honest, British jobs. If you are a brickie, you've more work than you can handle. We have to import evil foreign workers because we don't train enough ourselves.

Mind you, when careers advice is given by people who never left school, mine was, do A levels, go to Uni and then become a teacher from someone who couldn't understand why anyone wouldn't want exactly the same career trajectory she had, who is going to sell the idea of practical work?

Spot on. I have witnessed the creep of oh you need a degree to do this job in my own workplace and it is madness.

On the news this week - brickies in London earn £50,000+ a year! Who's laughing now. Only consolation about buying in is that it gives jobs to lots of people who really want to do their job. We are in a cash rich-time poor society apparently.

My daughter is entering third-year university. She once told me about how great a university education is to have, to which I answered--"At 3 am a guy with a belt attached to his waist and spurs on his boots will be climbing a pole in an ice storm to give you your electricity back. And you won't care that he does not have a university degree."

Well said Phil. I do have a degree but work with colleagues who have essential practical skills instead, and others who have done apprenticeships then gone on to degree level having the best of both worlds. I don't understand the increasing push for degrees for everyone.

That said I have no problem with cash rich time poor modellers outsourcing the jobs that take time and skills they don't have. I know good modellers kept employed this way! It could be like a club layout with the skills shared. But box shaker layouts are a turn off.

I would agree as well, despite having both a degree and PhD and having returned to work in a (US) University after some time in Industrial R&D. Degrees have their uses and I'm glad I did it, but they are not the be all and end all. Not everyone needs a degree. Too often degrees concentrate on the esoteric and impractical, rather than preparing people for the work environment and contributing to society Maybe I was lucky - my work involved a lot of instrumental development, which by it's nature was very practical and hands on and demanded development of certain skills (diagnostics, electrical and electronics, parts manufacturing etc.). I also spent a lot of time at a commercial enterprise during this time which further refined my practical and life skills. As a result, these days I'm pretty self-sufficient and do most of the home improvements and electrical work in the house, have taught myself to work on cars (rebuild an old Land Rover anyone?), have rebuild the lawnmower engine, can muck out horse barns, amongst others. I get many PhD students coming through my lab to use my facility and to be honest, 95% of them are dangerous with a screwdriver. They have no practical skills outside of using a phone and cannot think outside of the box. Consequently they are helpless when things don't go as planned.

Since the '80's, society has become too focused on becoming a service industry,dreaming up and creating non-tangible products (such as financial and insurance products) as opposed to making something real. This is now coming home to roost - people have lost the ability to take care of themselves (cook, fix things, etc.)

My model railway work is an extension of my practical skills and interests. It results in something tangible and I can look at it and say, "I built that". Do others have better skills than I in certain aspects? Of course! Does the end product match up to RTR levels? Probably not. But most of the models I build are not available RTR, and so the only option is to build it myself or pay to have someone do it for me. I have the skills for the former and lack the finances for the latter, so there is no option. As a result, I now have a nice collection of OO9 locomotives (Backwoods NGG 16, K1, Russell, L&B Manning Wardle, VoR Tank) as well as 2 semi-scratch built South African class 91's and two rebuilt Ffestiniog Funkey Diesels. On the work bench are currently a scratch built station building approaching the painting stage, another OO9 K1 kit, a DJH WD 2-10-0 and two Mercian Models Colliery Garratts. Some of these have taken several years to progress, but they are mine and it's all my own work.

Socety needs a mixture of people. Some will have advanced degrees, some won't have many formal qualifications. Neither one is better than the other - all can contribute. At the end of the day, it's not how educated someone is, but what they do with their lives and abilities that matter. The problem is that many only look out for themselves and have lost that perspective