Here's my model of a Coles Crane on Melbridge Dock: 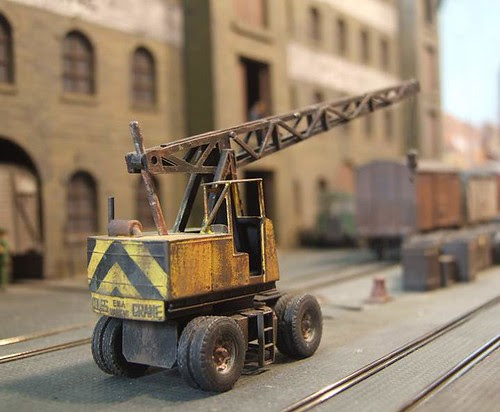 and the real thing at Swanick Junction last weekend: 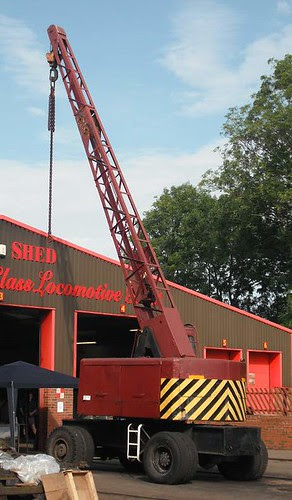 Considering I had no real information to go on, I didn't think I did too bad a job. There's a good chance that I was modelling an earlier version than the prototype shown. That would explain the rather more basic cab I built. More importantly, I think my version looks better. Not the sort of thing you are supposed to say as a model maker, but then I like to think I'm as much artist as engineer. Well, that's my excuse anyway.

I'm really not sure about those close-fitting mudguards but I suppose with a decent dose of weathering it wouldn't look bad.

If you want know more about my crane, this post on the blog explains.

Great stuff Phil
Coles made a rail crane and now my memory is playing tricks- was there not a kit or kit bash for these. I recall seeing something in my late father's model railway magazines