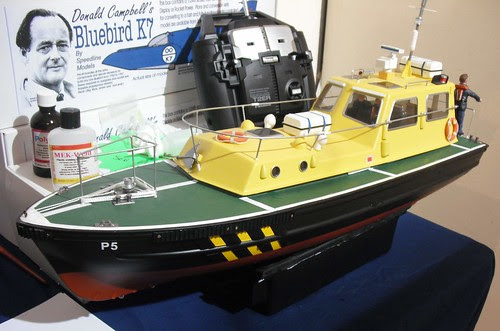 In my marine modelling career, there are several types of vessel I've always fancied building. Lifeboats form the bulk of the list but related to these is a Pilot Boat.

Regular readers will know that I've been this way before with a terrible vac-formed kit. This time I have located a much better kit to have a go at from Speedline Models. The model is a re-issue of the famous HFM models kit with a few subtle updates. I spotted the kit on the stand at the International Model Boats Show last year and ordered one on the spot. 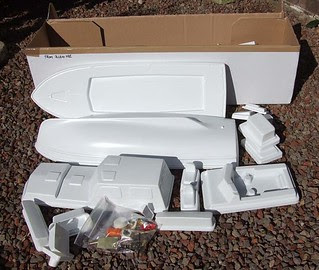 A few delays in manufacture delayed delivery from a few months but when the kit arrived, it looked good. Needless to say, a few delays in me finding time to build the thing mean it's only just reached the workbench. A quick mention appeared in Model Boats Magazine back in May along with the promise that a fuller build would appear in due course.

The kit is made up of vac-formed white styrene parts along with a bag of fittings. The builder has to supply a 540 motor and all the electronic bits (receiver, speed control, servo, battery) to complete the model. 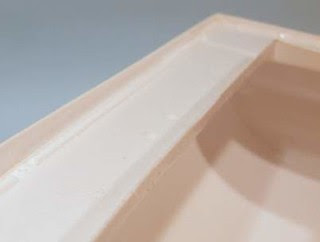 First job is to join the deck and hull together. The former is trimmed in line with the diagram shown in the instructions. This clips into a ridge in the hull and is fixed with plastic cement and a wash of Mek-Pak. Being able to glue with normal plastic solvents is a real bonus. Trying  Robbie Dollie kit last year, I found that could only be assembled with superglue despite appearances, not nearly as satisfying to my mind, solvents fuse parts whereas superglue only joins them. Not such a problem with model railways, but on the water, when you may pile the model into a buoy - less clever.

Anyway, once the glue is dry, the excess hull is trimmed to the deck line and smoothed to appear as a single piece, which of course it is.
Posted by Phil Parker at 6:00 AM