Who knew modern cars had two lights aimed at the rear numberplate? All my old VW's only have 1, so when the MOT man handed me a fail with both nearside and offside lights mentioned, I assumed it was an error.

It wasn't though, there are 2 on the back of a Peugeot 206 and in my case, neither was operating. While not quite an dangerous a fault as some, it's both enough to fail the annual test and also provide a handy excuse for a Policemen to pull you over if he feels like it.

Anyway, replacement is pretty quick and easy. No tools are needed. 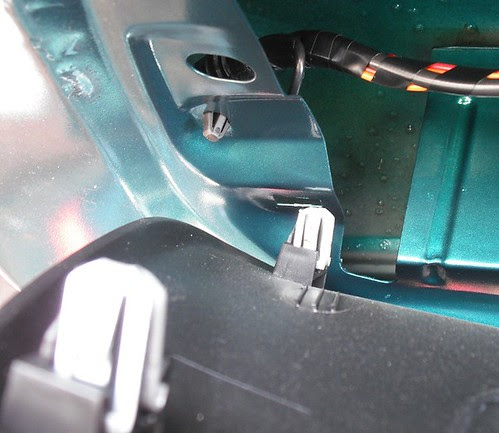 First, remove the black plastic cover inside the tailgate. It pulls away, uncliping around the edge. I started at the top, behind the high level brake light. Be careful to pull the cover and not the light! 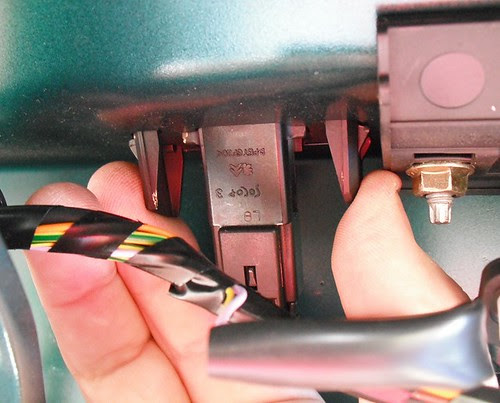 Squeeze the clips either side of the light housing. A bit of a wiggle and the light should pop out of the outside of the boot lid. 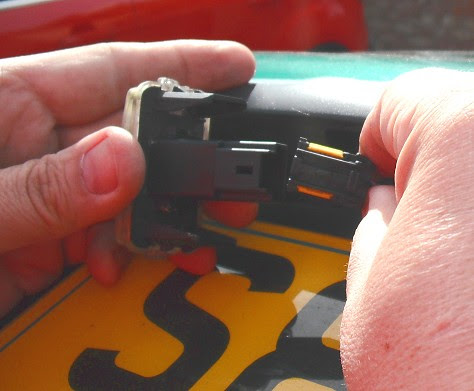 Unplug the connection. There is a pushable clip on the top to release the plug, you can see it nearest the camera in the photo above. 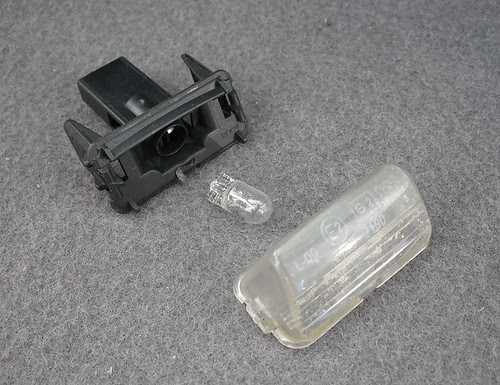 Carefully lever off the clear cover started in one end. This should come with fingers but gentle pressure with a small screwdriver blade might be needed, I used one! Be careful as it would be easy to crack the plastic. On both my lights, I found one end flipped out easier than the other, probably die to dirt ingress.

The bulb pulls out and the replacement pushes in. Cleaning the cover isn't a bad idea at this point as you aren't likely to have the thing apart in a hurry.

Re-assembly is the reverse of the above. Put the light unit back together, push it back into the tailgate and plug back in. Do test the lights before you put the cover back on though.

Legal note: This is an accurate description of what I did. I am not a professional mechanic and these notes are offered for entertainment only. If you chose to follow them and things don't work, it's not my fault. Sorry. If you are at all unsure then get a professional to do the job. The car used was a 1996 206, other models may be different.
Posted by Phil Parker at 5:30 AM

Thank you, much appreciated, ��

Brilliant thanks. Saved me from breaking the offending number plate bulb cover thinking it popped out from outside the car!

I have a 53 plate 206, on mine there are no lens covers, just the two bulbs facing downward and sticking out?

Brilliant thanks. I read elsewhere that Halfords had given up on fitting one of these. With your clear instructions it was easy, Better then a Haynes manual!

Interesting and important information. It is really beneficial for us. Thanks
Aircraft Warning Lights | Aviation warning lighting - CEL