Since it's still the season from some less than serious modelling, I feel I ought to point you towards the Lego genius that is Carl Greatrix. He has developed some amazing models of British railway trains. Not only are they clever, they actually look like the prototypes - something incredibly difficult when you remember that the raw materials are plastic blocks rather than sheets of metal. 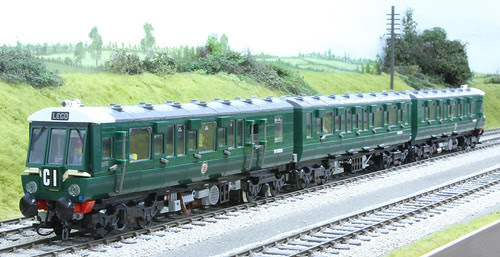 The scale is roughly 7mm:1foot as shown by this Class 166 DMU posed on Pete Waterman's layout. Working in Lego, this is a pretty small scale but is consistent with the other products in the official range. 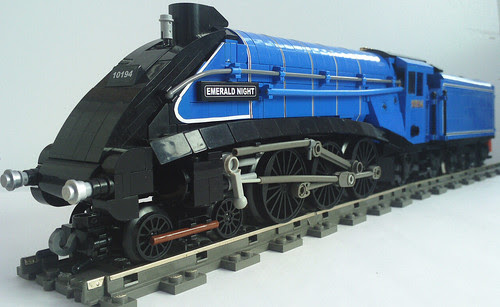 It's not just diesel models either - How about this A4? This is tough stuff to do. I'm not sure that I'd be managing this even if I hadn't (slightly reluctantly) given up Lego building many years ago.

Lots more models on Carl's Flickr site - well worth a visit.
Posted by Phil Parker at 5:30 AM

Not a lot else I can say.