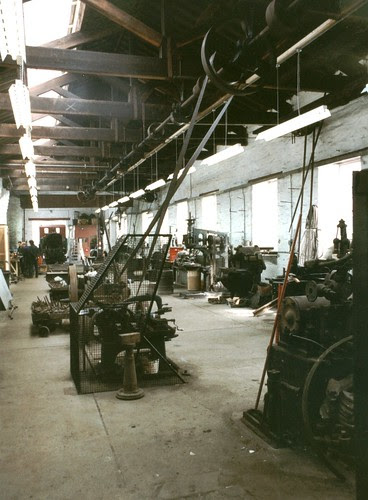 My first visit to the wonderful Isle of Man was in 1993. This was for the 100th anniversary of the Manx Electric Railway.

While we were there of course, the steam railway was also explored. Chatting to someone at the Groudle Glen Railway, we enquired if it would be possible to visit the steam shed on the main railway.

Apparently it would, we just had to ask nicely for the foreman.

On the basis that there was nothing wasted in trying this, we pottered down to Douglas Station and by luck found ourselves talking to the man we were looking for.

"Don't touch anything sharp and don't fall down any holes" were the only instructions as we were allowed entry.

Remember, this isn't a preserved shed - on the island it's a working steam shed run by the nationalised railway company.

Inside, most of the equipment was still belt driven although if my memory serves me right, not powered by a steam engine any more. Apart from a few guards to stop workers getting all wrapped up in the belt system and fluorescent lighting, it's pretty much as it would have been 50-100 years earlier. 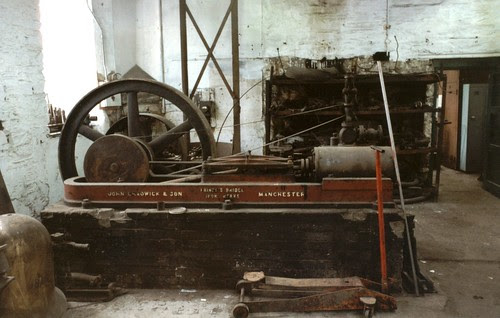 Sadly, visits like this aren't possible any more. If you do get in the shed it's on a supervised trip. Too many stupid enthusiasts thinking they know better than the staff and poking things better left alone I suppose. Also, the numbers who would love to look around would probably overwhelm the space available. These guys are trying to run a railway after all.﻿