A buffer stop for the garden railway 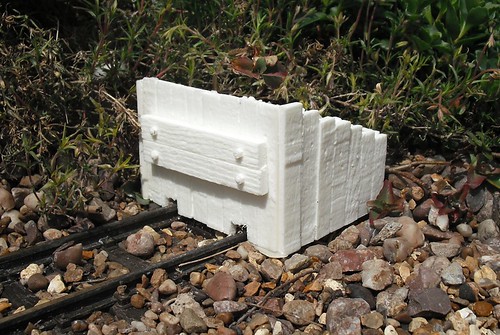 Our garden railway has a siding and as we all know, at the end of every siding, you should have a buffer stop of some description. Well, I think that's how it works anyway, especially on a garden railway when you don't want wagons ending up in the flowerbed!

I'm pretty certain we've bought at least 3 buffer stops for the line including the well-known LGB version, but the winner is Pendle Vally Workshop's version. A resin kit made up of 6 parts, it includes a lamp and red LED.

Assembly was carried out with Pound Shop Epoxy glue to hold the main parts together. Then, on a nice sunny day, the model was tested on the track and cutouts made with a junior hacksaw to fit it over the track. The resin is soft enough that once the vertical cuts are made, the chunk can be twisted out with small pliers.

After this, the buffer beam is fitted, checking its height against a handy LGB van.

With everything dry, I took the model back indoors for a quick coat of spray primer and then some acrylic paint. After this, I'll make the light work but not in the way the makers imagine. 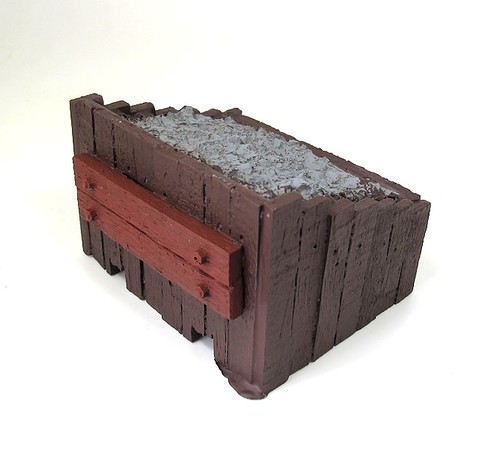 I'm intrigued by what you were planning to do with the light?
I am building this nice little buffer stop kit as well.
Jim