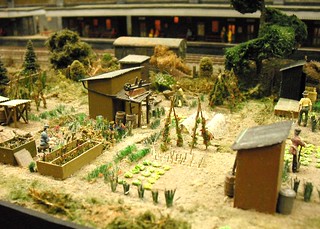 An nice day, a local(ish) show and a couple of house to kill in the afternoon saw us at Lutterworth exhibition. After a trip along the M6 (the satnav was navigating and has an obsession with this motorway) we drove through the town thinking that it looked rather nice and oddly familiar. Only when we arrived in the car park did we remember that we'd exhibited here a couple of years ago.

Held in a sports hall, it's not a big show but still worth a look. Trade was mixed with lots of second hand and RTR. Nothing wrong with that. I managed to spend plenty of money on a couple of stands and I hadn't really expected to. I'd suggest that if you are serious about trading, you really need to find a way to take plastic cards. People don't walk around with 3-figure sums in their pocket nowadays and being on the outskirts, there wasn't a cash machine anywhere to be found. 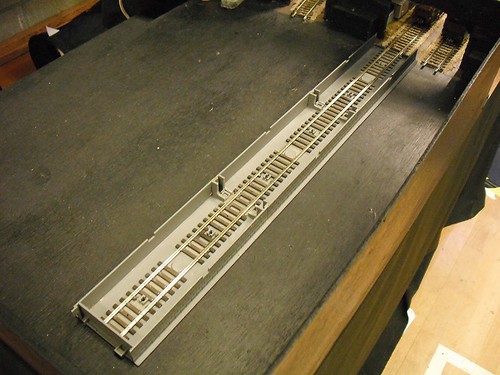 Of the layouts, one really inspired me with a clever cassette fiddle yard based on upside down Hornby platform sections glued together. The model itself was minimum space and highly detailed - just my sort of thing. I'm embarrassed to say that I can't remember the name and there wasn't a programme I could refer to either. 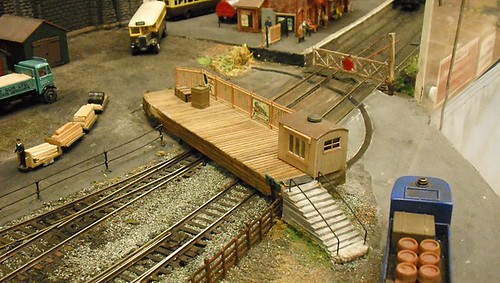 On another layout we had a slewing platform based on a prototype. Not something I've ever seen before, details were attached to the front of the model. 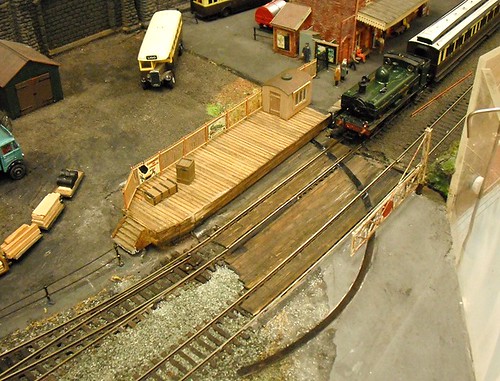 Cake news is less impressive. Catering was provided by the sports centre and the Costa Coffee therein. We wandered out at 3pm and it was just shutting up for the day so no tea and cake for me!

Anyway, a nice show, worth a wander.