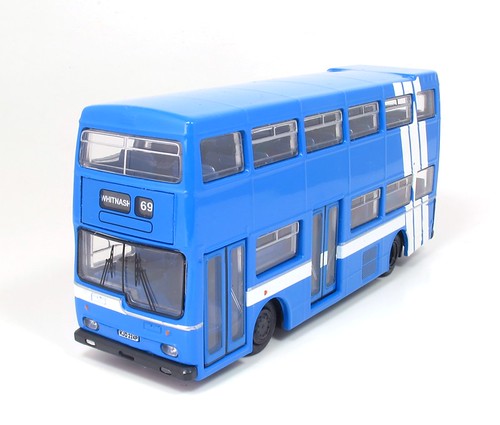 Not literally of course. I was hard and walked to school every morning and back again at the end of the day. Not like kids nowadays being carted everywhere like screaming sacks of spuds in the family people carrier because, "it's too dangerous for Jocasta to walk with all the cars on the road" even though they are only making the problem worse...

Anyway, I did get to travel on school buses. When it came our turn to have swimming lessons in PE, or the annual prize giving at the local civic centre (the one I worked in for a few years recently), we were loaded in to blue buses courtesy of local Leamington firm G&G.

I've no idea what the G&G stood for but I know why they got the contact - cost.

Inside the seats were best described as "worn". Years of abuse from local schoolkids produced something that people using a proper bus service wouldn't have been keen to pay to use. They weren't dirty or seriously vandalised, just tired and tatty.

Anyway, while I'm not a diecast collector, I couldn't resist a miniature version of a bus I may well have ridden on. A destination blind featuring the town I live in made it even more desirable.

The model is produced by Britbus and more details can be found here. Cost on a trade stand was a tenner and I think you can buy the same model from Hattons for the same amount. Except (gasp) it's NOT the same model. Theirs is route 70, not 69. And the numberplate is KJD 225P and I have 224P. In fact, it looks very like this one: 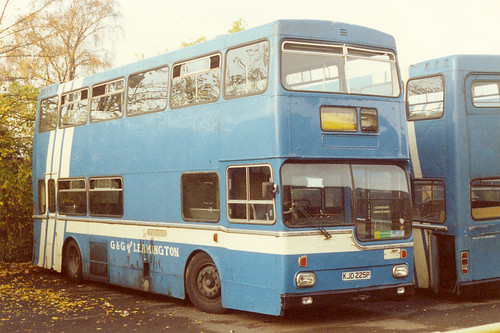 Does this mean I need to double the size of my fleet?
Posted by Phil Parker at 5:30 AM