Real (and model) buses at Wythall

A sunny bank holiday - what better way to spend it than riding around on vintage buses?

Wythall Transport Museum was calling so at 10:30am, a friend and I climbed the stairs on a vintage double-decker in the centre of Birmingham. The event was the annual Model Bus Federation show. 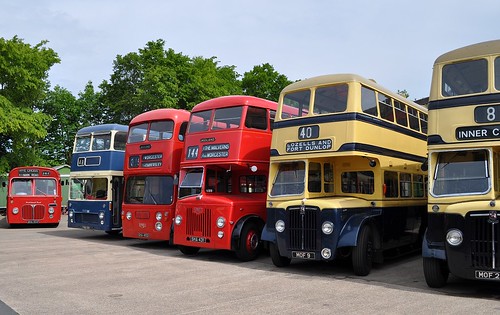 To free up space for models and traders, some of the old buses had been evicted from the halls and were readily available for photography. Great news and we'd both gone along with cameras, far more interested in the prototypes than miniatures.

The event included several tours and we were pretty quickly travelling around the prettier parts of Birmingham (Yes, really. There are some lovely areas on the outskirts) on the "mystery tour" in a classic coach that could have been carrying Miss Marple. Had there been a vicar, suspicious foreigner and mysterious lady on board, we'd have been looking out for bodies. It was an incredibly comfortable ride although the driver had to work the gearbox on some of the hills.

Lunch took a little longer than expected thanks to a customer at the front of the queue who was a little "odd" but we were soon back out with cameras and then another trip out on one of a pair of buses. Exactly where we went is a bit of a mystery as there were an awful lot of country lanes and small villages but none that stuck in the mind. The 20 minute run was very pretty, especially when the bus in front had warmed up enough that it stopped leaving a smoke screen! 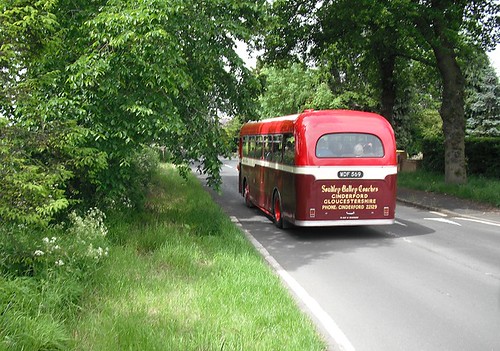 All this was terrific value at a tenner for entry and all the rides including the one to and from central Brum. The museum is home to a large collection of vehicles including loads of electric delivery floats. The sort of thing we modellers love on a layout but you never see in real life nowadays.