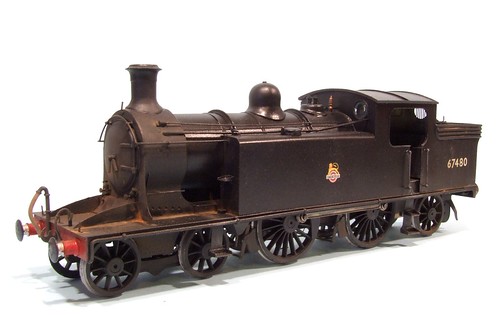 Quite some time ago, I built a Connoisseur Kit for a C15 4-4-2 locomotive.

As a freelancers, I wasn't going to pass up the opportunity to see the build in print so a piece was submitted to the Railway Modeller and after a bit of a wait, you can now read it in the June issue that has just appeared.

Sadly the gentleman I built the loco for, John, passed away a few months ago and so never saw his locomotive on the page, but he did have time to enjoy running it on his layout, which is far more important.

You might be surprised to see me in RM, but the first rule of writing is to write for your audience. The Modeller probably covers a more esoteric range of subjects than other mags and when I wrote it, this article seemed a better fit here than elsewhere. That's not a criticism - far from it. The strength of the model railway press is that all the publications have different characters so you can pick the one, or ones, that suit you as a reader.

In this case, the editor has prefaced my piece with a prototype article which produces an excellent combination and results in  satisfying package, even if, like most people, you aren't about to order up a kit and fire up the soldering iron.