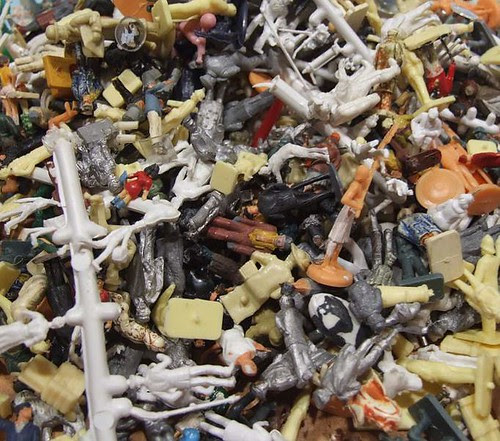 I have a box of model people. When I need a person, I tip the box out and dig through. Most of the time I find something suitable.

What I don't know, is where all these people come from. There's all sorts in there.

They're all dead!! this is where they are living www.little-people.blogspot.com/

I love those pictures - but then I want to go and rescue the little people !

You've got some interesting little folks in there. A bit hard to see who's who in that photo, i'd like to see them sorted out?

No way. It's far too much fun digging in to see what I've got in there. Anyway, you are supposed to play "Where's Wally" with my comments !