At the Doncaster "Festival of Railway Modelling", there was a Children's Layout Competition. An excellent idea, kids have to answer quiz questions about several layouts. This encourages them to look at the detail rather than just the trains. Presumably there was even some sort of prize on offer.

Question 10. Flockburgh - What colour tie is the man on the platform wearing ?

Hmmm, difficult. Do they mean: 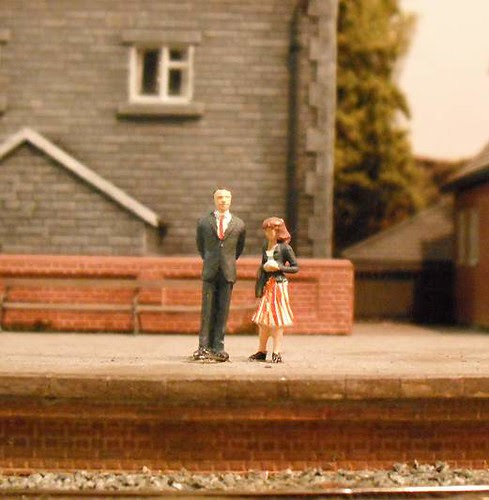 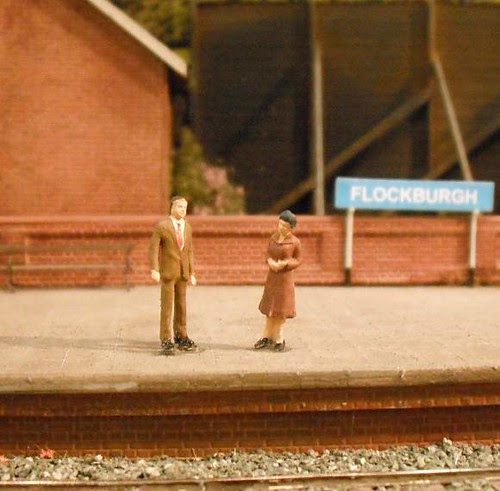 This one standing next to a 1950's issue Queen Elizabeth ? Still red though. 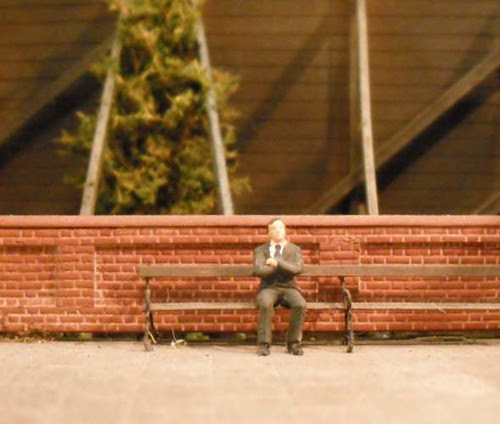 He's been waiting for a long while for that train and his tie is black. I must glue that wall down properly too... 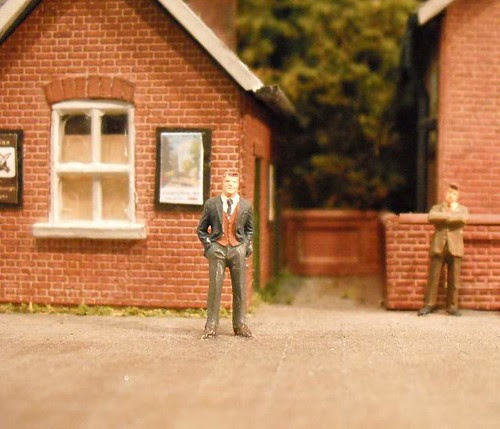 More black tie and an orange one that I probably did in Precision paints lining orange. 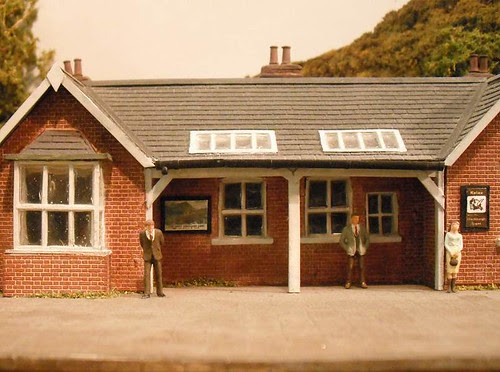 More red ties on these two chaps. On balance, most people went for red although some tried for a more complex answer listing the men and their tie colours. It just shows though that you can never be too careful when setting something like this. Sadly, no-one took up my offer to paint the ties a weird colour in exchange for 50 quid in cash !

Modellers note: The figures are 1:100 scale models from Preisler. They are supplied unpainted and look a lot better in real life than these photos might suggest. The famous figures include the Queen, President De Gaul and Teddy Roosevelt plus some others I've forgotten.
Posted by Phil Parker at 7:00 AM