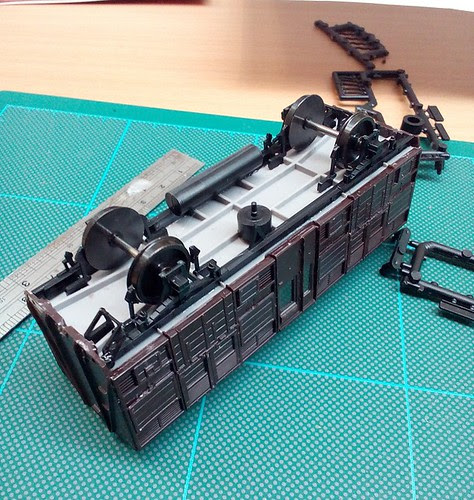 Back to the Beetle story and I stuck the brake gear stuff in place pretty quickly. To help the builder, Parkside mould guide marks under the floor. That's not to say you can't go wrong, just that if you pay attention, you'll put the hangers for that weird GWR brake gear in just the right place to allow space for couplings to lodge under the buffer beam. 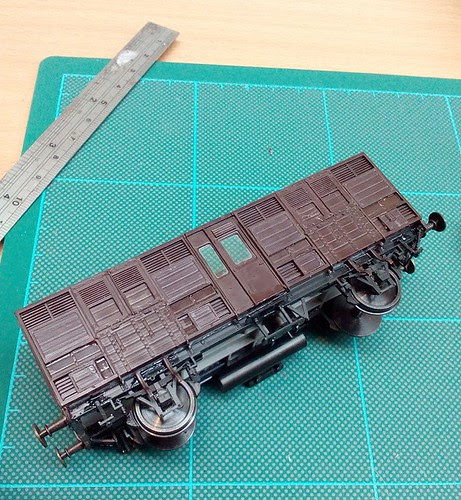 The steps are a bit fiddlier. In an idea world you would attach the tread to the hanger and then let it dry properly. I was working in a library and knew my replacement on the stand would be taking over in under an hour.

Que lots of fitting bits and then fiddling to keep them straight as the solvent hardened. Much poking and prodding later, they are hanging right, I think. I suppose etched bits would be nice here but the plastic ones don't look too bad to me.