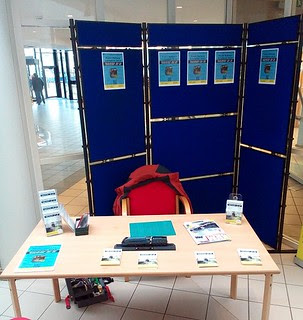 Last week I spent a morning in Leamington Spa library promoting our exhibition. The idea was simple enough, turn up, sit and do some modelling, chat to anyone passing by and hand them a leaflet, go home.

This wasn't just blatant promotion. The L&WMRS is a charity and as such, we are required to promote the hobby to the general public. Thus, we put on this "meet the modellers event" as part of this.

I booked in for Thursday morning and set myself up on the table provided. When I arrived, just before opening, there was a healthy queue of around 30 people. Not to see me, they were here for books.

Anyway, I had brought along a toolbox and Parkside PC64 GWR "Beetle" Prize Cattle Van kit.

The kit was bought many years ago because it was new, supposed to represent a leap in quality for an already well-regarded manufacturer and 'cos it's a Beetle.

Opening out the parts, they certainly looked OK. Moulded in a very dark brown plastic, Romford metal wheels and metal buffers are included. Everything looked clean so I proceeded to see how much I could build in a morning.

Photos, by the way, are taken on my Asus tablet PC. I thought it would be interesting to see how this got on compared to a "proper" camera. 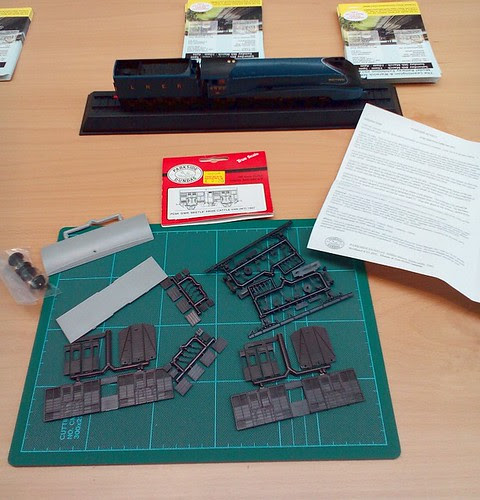 Not 100% certain, but I saw some excellent 4 wheel cattle/livestock wagons on the 009 Society's Sales Stand some months back which looked as if they were adapted from the sides of this kit. A really clever conversion.

Did you get many folks stopping to chat or say hello?

Let's just say, I got more modelling done than I would have liked.